Microsoft: Slack has ‘suffered’ from lack of video 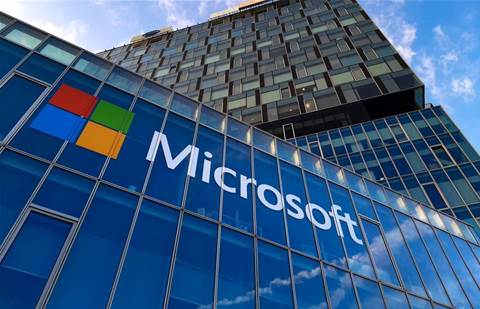 Microsoft hit back against Slack on Wednesday, saying that its collaboration rival has “suffered from its absence of video-conferencing.”

Slack announced earlier on Wednesday that it had filed an antitrust complaint against Microsoft with the European Commission. The filing relates to Microsoft‘s Teams collaboration platform, and the bundling of it with the widely used Microsoft Office 365 suite.

Teams includes group messaging and direct messaging that competes with Slack’s collaboration app. However, Microsoft responded to the Slack complaint to argue that Teams offers a differentiator around video collaboration, which has driven the platform‘s strong growth in users.

“We created Teams to combine the ability to collaborate with the ability to connect via video, because that’s what people want. With COVID-19, the market has embraced Teams in record numbers while Slack suffered from its absence of video-conferencing,” Microsoft said in a statement provided to CRN on Wednesday.

Slack does offer video calling, but has not emphasised the feature to the degree that Microsoft has for Teams. Slack did not immediately respond to a request for comment on Microsoft‘s statement Wednesday.

Notably, Slack has also joined forces in a major way with Microsoft cloud rival Amazon Web Services. In June, Slack and AWS announced a new multi-year deal--which is seeing Slack lean more heavily on AWS and Amazon Chime, AWS’ unified communications service. Slack said it would migrate its Slack Calls capability for voice and video calling to Amazon Chime--while AWS said it would adopt the Slack app organization-wide for use by its own workforce.

Though Teams was introduced back in early 2017, the platform has seen a massive surge in usage in recent months amid the shift to remote work--with Microsoft most recently reporting 75 million daily active users for Teams.

In a news release, Slack said that its complaint filed with the European Commission--the European Union’s antitrust regulator--“details Microsoft’s illegal and anti-competitive practice of abusing its market dominance to extinguish competition in breach of European Union competition law.”

“Microsoft has illegally tied its Teams product into its market-dominant Office productivity suite, force installing it for millions, blocking its removal, and hiding the true cost to enterprise customers,” Slack said in the release.

In its statement provided to CRN, Microsoft said that “we look forward to providing additional information to the European Commission and answering any questions they may have.”

Slack is reportedly also in communication with U.S. antitrust officials about its accusations against Microsoft related to Teams.

The complaint came as Microsoft is holding the second day of its Inspire 2020 global partner conference, which has featured a major emphasis on the opportunity for partners with Teams.