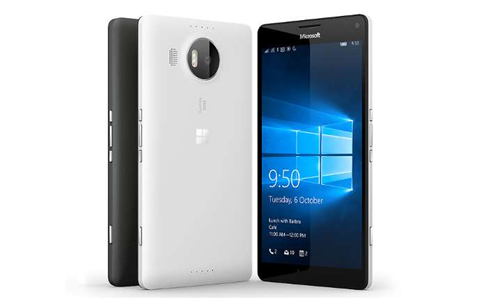 Microsoft will write off US$950 million and cut 1,850 jobs as a stepping stone to “streamline” its smartphone hardware business to focus on enterprises and niche areas.

“We are focusing our phone efforts where we have differentiation… with enterprises that value security, manageability and our Continuum capability, and consumers who value the same,” said Microsoft CEO Satya Nadella, in a statement. “We will continue to innovate across devices and on our cloud services across all mobile platforms.”

The restructuring and job cuts mark another way of Microsoft undoing a portion of its 2014 acquisition of Nokia’s phone business and refocusing its efforts in the mobile sphere.

Last year, Microsoft wrote off US$7.6 billion and cut 7,800 jobs as part of a refocusing of its phone efforts. Last week, Microsoft said it will sell its feature phone business to FIH Mobile, which is a subsidiary of Foxconn, as well as HMD Global, for $350 million, according to a statement.

Microsoft will continue to develop Windows 10 Mobile and support Lumia phones, including the Lumia 650, Lumia 950 and Lumia 950 XL, as well as phones from OEM partners such as Acer and HP Inc.

According to a report released by Gartner in May, Windows Phone OS only took 0.7 percent market share of the smartphone sales to end users in the first quarter of 2016, lagging behind iOS and Android.

Eliminating departmental friction within MSPs
By Lindsey O'Donnell
May 26 2016
5:46AM