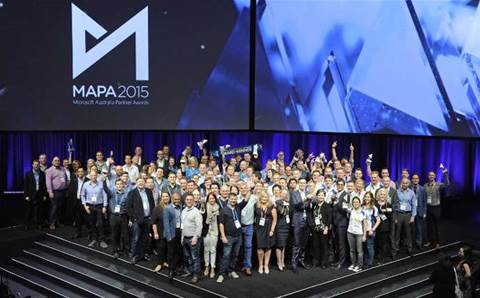 Microsoft has done away with its annual Australian Partner Conference after 20 years in favour of a single event targetting customers, partners and developers.

Partner Summit takes place on 14-15 November and will include the opening keynote, which will also be attended by developers and customers.

Microsoft director for small and midmarket solution and partner Mark Leigh said the goal was for partners to leave the event with new connections and to develop leadership, sales and marketing skills.

"Just like with APC, this will be a highlight on the Microsoft calendar. Speaking on behalf of the team, we will look forward to spending our time with you during this week in November to create a valuable experience that works hard for you and your business long after the event concludes," said Leigh.

Microsoft had run APC as a multi-day conference for the past 20 years, usually on the Gold Coast, Queensland. The event was the largest channel-focused conference in Australia, and was often used as the launchpad for for major announcements, such as the launch of local Azure availability in 2014.

APC also hosted the vendor's annual Microsoft Australian Partner Awards. A Microsoft spokesperson didn't confirm whether or not Summit would host the awards, but said there will be "a celebration for the winners at the Microsoft Summit."

The change is the latest in a series of revamps to Microsoft's global conference calendar. The vendor last year renamed its Worldwide Partner Conference as 'Microsoft Inspire'. The local TechEd conference was renamed 'Microsoft Ignite' in 2015.

The Tech Summit, which takes place on 16-17 November, is intended for IT professionals and developers, including partners.

Attendees will be updated on Microsoft's cloud technologies and will hear from the engineers and experts that work to build Azure, Windows 10 and Office 365.

"The training delivered will be up to level 400, but it is by no means just for the experts," said cloud enterprise business leader Brett Shoemaker.

"If you are exploring Microsoft’s cloud technologies for the first time, come along to explore, learn and get hands-on."

The Business Summit is for Microsoft customers, particularly C-level and BDM customers, across all industry segments.

It will take place on 14 November and sessions will explore solutions from Microsoft's ISV community.

Speakers and sessions will be announced soon.