Microsoft Surface devices get consumer tick...except for one 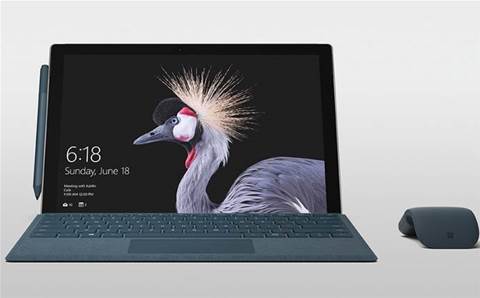 Consumer Reports on Thursday said it can again bestow a recommended rating to Microsoft's Surface line of laptops and convertible tablets, with the exception of one device.

In August 2017, the nonprofit product ratings organisation said it could no longer recommend Microsoft Surface products as a result of reliability issues. Consumer Reports said at the time that, based on surveys of electronics owners, Surface devices were prone to more problems over time than competing products.

The organisation's latest survey, however, found that "Microsoft's reliability is now on par with most other laptop brands," the group said.

The Surface Pro 2-in-1 tablet, Surface Laptop and Surface Book 2 are all now receiving recommended status from Consumer Reports.

But the organisation specified that it is not giving its recommendation to the Surface Go, an affordably priced 2-in-1 Surface tablet that Microsoft launched in July.

For the Surface Go, which features a 10-inch display and an Intel Pentium processor, "performance falls below what consumers can find in a number of other laptops, which can result in some lag when performing tasks such as cycling through different windows," Consumer Reports said.

"Generally, 10- and 11-inch laptops struggle in Consumer Reports’ testing because of their relatively weak processing power," the organisation said.