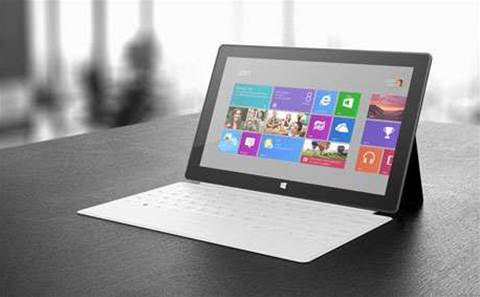 Microsoft has admitted that customers don't know the difference between the Surface RT and the Surface Pro - but claims rebranding the RT to Surface 2 should clear up any confusion.

Showing off the next-generation devices in Australia, marketing manager Jack Cowett explained the company's recent decision to ditch the Surface RT branding. "We think that there was some confusion in the market last year on the difference between Surface RT and Surface Pro," he told Good Gear Guide.

The ARM-based Surface RT runs Windows RT, while the Surface Pro runs the full-fat version of Windows 8. Clearly differentiating between the two makes sense, though Cowett didn't explain how Surface 2 is any less confusing. The Surface 2, announced last month, also looks much the like its predecessor, featuring minimal hardware upgrades, while the new Surface Pro has retained its branding.

Cowett also didn't clarify whether Microsoft might lend a hand to retailers in explaining the difference between the two devices and their operating systems, given that some incorrectly listed the Surface RT as running Windows 8 last time round.

His comments follow the company's admission that customers don't understand the Windows RT OS, particularly the lack of backwards compatibility with apps. "I think we have some work to do on explaining it to people because it’s different," said Windows vice-president Julie Larson-Green in May.

Eliminating departmental friction within MSPs
By Shona Ghosh
Oct 14 2013
8:19AM