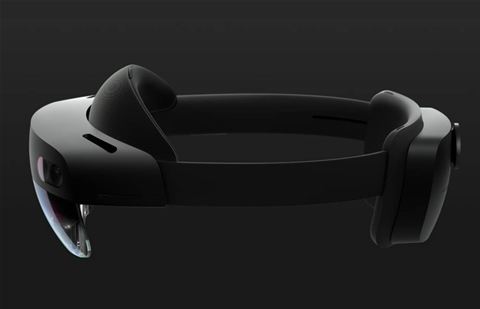 Microsoft has revealed the latest iteration of its HoloLens mixed reality headset, once again focusing on its applications in the enterprise market.

The HoloLens 2 will be out some time later this year starting at US$3500 and will be initially available in 10 countries, including Australia. Microsoft is bundling Dynamics 365 Remote Assist in for an additional US$125 per month.

Microsoft touted new hardware features for the updated device, including an advanced visual display that doubles the field of view from the previous version while maintain a pixel density of 47 per degree of sight.

Microsoft has put an emphasis on comfort this time, saying that HoloLens 2 has a more balanced centre of gravity and uses a light carbon-fiber material that means users won't have to keep readjusting it.

Unlike the first HoloLens, Microsoft hasn't announced a developer version for the sequel even though this device is squarely aimed at enterprise users. The company wrote in a blog post that its partner ecosystem was just realising the potential of HoloLens connected to Azure services, which allow for spatial, speech and vision intelligence that's needed for mixed reality, in combination with other cloud services for storage, security and application insights.

Cloud application revenue made easy
By Staff Writers
Feb 25 2019
2:45AM