Microsoft talks up Teams progress in battle with Slack 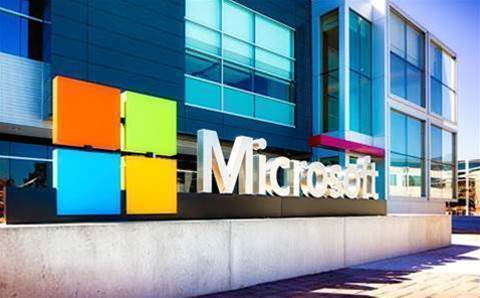 Microsoft on Monday said 200,000 organisations are now using Teams, its year-old workplace collaboration software, up from 125,000 in September, a sign the company may be making some progress in its battle with Slack.

Slack's emergence as a popular platform for workplace messaging and document-sharing is a threat to Microsoft's long-standing dominance in office productivity software.

"These group messaging tools go far beyond just chat and are becoming a central hub for integrating a variety of business applications into a single user interface," said Alan Lepofsky, analyst with Constellation Research. "They are essentially the new inbox."

Microsoft has raced to make Teams a viable competitor after realising several years ago that Slack was making inroads with big customers. A former Microsoft Office executive told Reuters that learning of the widespread adoption of Slack at Walt Disney in early 2015 was an especially important wake-up call.

"It's one thing when an app gains traction with startups in Silicon Valley, that happens all the time," said the former employee, who asked not to be named. "But it's another when your biggest, longest-tenured customers start adopting it, and then you realise you have to respond."

San Francisco-based Slack said in September that it had 6 million daily users and more than 50,000 paying teams. It has not published new figures since then.

Microsoft has not released comparable figures for Teams.

Slack has a big lead when it comes to third-party applications, with more than 1000 compared to 250 for Teams.

Teams is still not as simple to use as Slack and lacks the depth of functionality, said Wayne Kurtzman, an analyst with the research firm IDC.

"As great as Microsoft Teams has done in the past year, it's still not as mature of a product," Kurtzman said.

Microsoft says it is gaining ground, pointing to customers such as Navistar, the manufacturer of trucks and buses. Navistar moved about a thousand employees onto Teams last year, choosing it over Slack due to its long-time relationship with Microsoft, said Terry Kline, Navistar chief information officer.

"We looked at Slack, and we didn't see any significant advantage," Kline told Reuters in a phone interview.

The move has reduced the company's use of email by 3 percent, he added.

Other Teams customers include Macy's, General Motors, General Electric, ConocoPhillips and Nascar, according to Microsoft.

"It's surprised all of us how extremely well it's doing," Microsoft Teams General Manager Lori Wright told Reuters.

7 steps to MSP success: from pricing to specialisation
By Salvador Rodriguez
Mar 13 2018
6:45AM