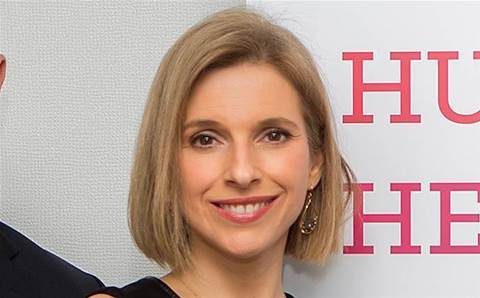 Della Mattea will join Microsoft from Insight, where she has spent more than 10 years, serving roles in Sydney, where she was Asia-Pacific managing director, as well as in the United States, where she led the North American south-west and APAC software business.

Della Mattea’s role at Microsoft will see her report to Microsoft Asia president Ralph Haupter, and she will lead the software giant’s business across the Asia-Pacific region, which takes in more than 2000 employees and more than 11,000 Microsoft certified partners. She will be responsible for the company product, service and support offerings in the region.

Della Mattea said she was thrilled to be joining Microsoft at such an exciting time for the company and the industry.

“Microsoft is transforming to be the leading platform and productivity provider for the mobile-first, cloud-first era; and, for our customers, the current opportunities to transform their business through the adoption of digital technology are real, compelling and absolutely vital. I cannot wait to help our customers realise their potential in this area,” she said.

According to Microsoft, driving digital transformation for Microsoft’s customers will be a focus of the position, with the software giant citing a survey that suggested while 80 percent of Asian business decision makers were aware of the need to transform their business, only 29 percent had proper plans in place to do so.

Haupter said he was delighted to welcome Della Mattea onboard to accelerate Microsoft’s momentum in the region.

“The three unstoppable technology trends dominating our market today – the explosion of data, ubiquitous cloud computing and increasingly sophisticated software algorithms – are creating unprecedented opportunities for our customers to digitally transform. Andrea’s proven skills, experience and capabilities in this area will help them to achieve their goals,” he said.

The former Insight managing director will relocate to Singapore with her family to start the new role on 1 July.