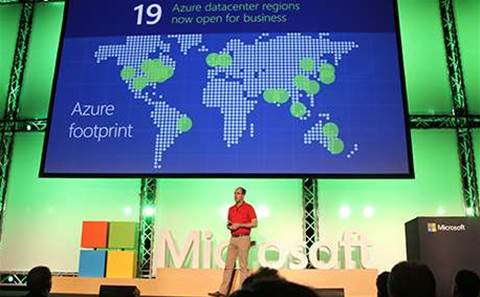 Microsoft will make a “heavy investment” in nine Australian partners chosen to form its Internet of things partner group.

The new partners are BizData, CDM, Empired, Ignia, Mexia, Oakton, MOQDigital, RAMP and Readify. They were chosen for understanding the “depth of the transformation” of IoT and the IoT solutions they’ve developed for clients.

Microsoft said the partners are developing an "ecosystem” which integrates devices, connectivity and analytics through a cloud platform. Some of the partners have hired data scientists to work on big data analytics and others have acquired device companies, said Lee Hickin, IoT lead for Microsoft Australia.

“But mostly they have had to the forethought to understand that the trajectory of IoT solutions is up, it’s here to stay, and it’s changing the world as we know it,” Hickin stated in a blog post.

The announcement follows the launch of the Azure IoT suite, which includes preconfigured solutions to be delivered via Microsoft partners.

It's not the first sign that IoT is gaining traction in the Australia channel. Rob Merkwitza recently left his role at Telstra-owned Bridge Point to establish Queensland IoT business RIoT Solutions, telling CRN that he saw a gap in the market for a genuine integrator of networking and critical infrastructure.

“It is happening in the UK, Europe and North America. These projects are underway and it is only a matter of time before it happens in Australia,” he said.