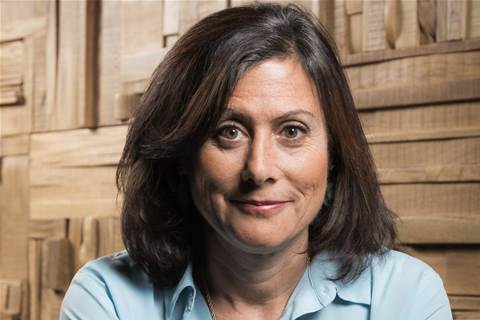 As Microsoft makes changes in the leadership overseeing its consulting arm, Microsoft’s channel chief said the consulting services group is focused on projects that “would be high risk for a partner.”

The company on Thursday confirmed that it has hired a veteran of Accenture Omar Abbosh to work in areas including the company‘s consulting offerings.

In an interview with CRN, Microsoft Channel Chief Gavriella Schuster discussed the role of the Microsoft Consulting Services arm and how it can involve channel partners.

Microsoft Consulting Services is “very small” with a primary objective “to take on riskier projects or new technologies,” said Schuster, who is corporate vice president for Microsoft’s One Commercial Partner organization.

For these projects, “it would be high risk for a partner to bank their business on something that wasn’t tried and true yet,” Schuster said.

The consulting services group thus seeks “to get customers up and running, and do flagship or marquee wins, and show the way, and build some of that reference architecture,” she said.

One executive at a solution provider partner of Microsoft, who asked to not be identified, said that “the issue is that cloud is getting very industry-specific and deep”--leading to the need for Microsoft to operate its own consulting services.

“You need people from those industries that can engage with customers in a meaningful way. It would be impossible for us to do that,” the executive said.

Still, “anything Microsoft can do to find a way for us to participate would be beneficial,” the executive said.

Once a project is completed, “we don’t then stick around and manage the service and operate the customer’s environment. And so, where the customer chooses not to be the one to do that, we bring partners in to do that,” Schuster said.

Additionally, “we do a lot of subcontracting with partners in our own consulting services,” Schuster said. “The customer wants us to have skin in the game, but if there’s a partner that actually has more capability in specific areas, then we bring them in to deliver it.”

A report this week from ZDNet said that Microsoft had hired Abbosh to oversee a unit that includes Microsoft Consulting Services.

Abbosh, who previously served as chief executive for communications, media and technology at Accenture, has been hired as corporate vice president of cross-industry solutions at Microsoft. He had worked at consulting giant Accenture for 31 years.

Judson Althoff, Microsoft‘s executive vice president for worldwide commercial business, confirmed the hire of Abbosh in a post on LinkedIn.

“Omar and the Cross-Industry Solutions team will work with customers to accelerate their digital transformation and generate tangible business outcomes by building deeper connections across Microsoft’s partner ecosystem, industry and solution areas,” Althoff wrote in the post. “In addition, Omar will collaborate with Microsoft’s engineering teams to align our consulting offerings to our product roadmaps.”

The post did not specifically mention the Microsoft Consulting Services arm.

The disclosure comes just ahead of Microsoft’s annual partner conference, Inspire, which will take place in an online-only format starting on Tuesday, July 21.