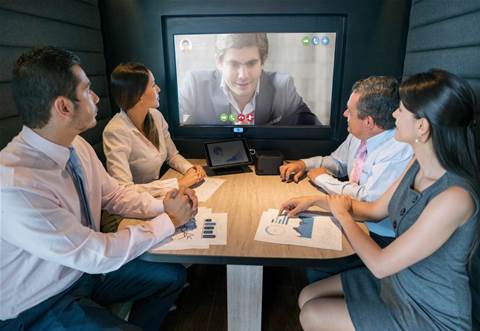 Microsoft says it will soon address one of the biggest limitations for its Teams video calls when compared to other popular conferencing tools such as Zoom.

The company disclosed it's working to develop a larger gallery view so that users will be able to see more of the participants on a call simultaneously. Currently, Teams users can only see the last four participants who have spoken, in a 2 x 2 grid.

By the end of April, Microsoft is promising that Teams will support up to nine visible participants at a time on video calls. An image shared by Microsoft suggests Teams will have a 3 x 3 grid for viewing nine participants simultaneously.

"In parallel we are continuing work to increase this limit even further," a Microsoft representative posted in a Teams user feedback forum.

With the forthcoming Teams video update, "the increase of visible participants will continue to keep Microsoft competitive against other options like Zoom," said Travis Adair, principal partner and vice president of Columbia, Mo.-based InfiniTech Consulting, in an email to CRN.

However, online meetings tools that are primarily geared toward video, such as Zoom, appear to have garnered more widespread attention recently when it comes to video conferencing. Zoom's advantages include the ability to view up to 49 participants at a time.

Along with plans to add an expanded gallery view, Microsoft is rolling out other updates on video features for Teams.

Custom backgrounds for Teams video calls are now generally available, as is a capability for meeting organizers to instantly "end meeting" by clicking a button in the control bar, Microsoft announced last week.

“With the upgrade to more concurrent visible screens and the new background customization feature, this puts Microsoft Teams up there with Zoom and GoToMeeting,” said Miguel Zamarripa, CIO of Colorado Springs, Colo.-based Simpleworks IT.

At InfiniTech Consulting, Adair said the solution provider has been doing a "massive amount of work" with Teams in recent weeks.

Use cases that InfiniTech has seen include schools using Teams to assist with remote learning and staff meetings, municipalities using it for broadcasting city council meetings, and even some adoption by health care organizations for telemedicine, he said.

"Many clients are rapidly adopting Teams for internal and external communications and are loving the identity integration and app integrations with their existing Office 365 stack," Adair said.

Grabbing the hybrid cloud opportunity with Lenovo and Azure Services
By Kyle Alspach
Apr 14 2020
7:16AM