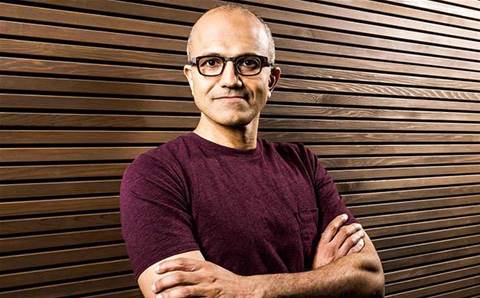 Microsoft will restructure its phone hardware business, slashing up to 7,800 positions.

The cuts will primarily hit the phone division, which Microsoft acquired from Nokia for US$7.2 billion in September 2013.

The latest round of cuts follows deep redundancies almost exactly a year ago, when Microsoft revealed it would slash 18,000 jobs, or 14 percent of its workforce, over 12 months, many from the phone division.

Last year's redundancies were expected to cost up to US$1.6 billion; today's move could add another US$850 million to the restructuring bill.

Microsoft will also take an impairment charge of approximately US$7.6 billion "related to assets associated with the acquisition of the Nokia Devices and Services business" – a writedown greater than the sum it paid for the Finnish phone maker.

In an email to staff, chief executive Satya Nadella said that despite the "fundamental restructuring of our phone business", Microsoft remains "committed to our first-party devices, including phones".

But the downsizing seems further evidence that the Nokia acquisition was a major misstep under departing chief executive Steve Ballmer. The Windows Phone line has seen market share stagnate over the past two years; IDC's smartphone OS market share report showed Windows held 2.7 percent share in Q1 2015, down from 3.2 percent in Q1 2013.

According to Microsoft, the restructuring in the phone business will help the software vendor "better align with company priorities, including recent changes to Microsoft’s engineering teams and leadership".

That includes the news last month of the departure of Stephen Elop, who was in charge of the Devices group which is being brought back within Microsoft's Windows unit.

Nadella wrote in his email: “We are moving from a strategy to grow a standalone phone business to a strategy to grow and create a vibrant Windows ecosystem including our first-party device family. In the near-term, we’ll run a more effective and focused phone portfolio while retaining capability for long-term reinvention in mobility.”