Microsoft to cut up to 3000 jobs, mostly outside the US in sales restructure ahead of Inspire 2017 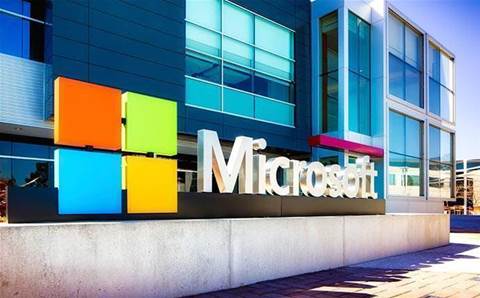 New reports indicate Microsoft plans to cut "thousands" of jobs, with a majority of them outside the United States.

According to a report on CNBC, Microsoft is looking to cut up to 3000 positions from its sales force, and that 75 percent of the reduction would come from outside the US.

"Microsoft is implementing changes to better serve our customers and partners," a Microsoft spokesperson told CNBC.

"Today, we are taking steps to notify some employees that their jobs are under consideration or that their positions will be eliminated. Like all companies, we evaluate our business on a regular basis. This can result in increased investment in some places and, from time-to-time, re-deployment in others."

It was reported earlier this week that Microsoft would undergo a reorganisation that would impact its sales and marketing teams as the company doubles down on its fast-growing Azure cloud business.

The news comes as Microsoft partners around the world set off to the cloud giant's Inspire conference in Washington DC.

This isn't the first time a swathe of cuts have been announced leading into the conference.

In July 2014 Microsoft kicked off one of the biggest layoffs in history, revealing up to 18,000 jobs would be removed, with employees of the company's 2013 acquisition of Nokia to be the hardest hit. In July 2015 Microsoft followed up with another restructure to its phone hardware business that looked to reduce up to 7800 positions.

The company employed about 120,000 people globally as of March 31, with sales and marketing teams accounting for about 19 percent of the workforce, according to the company's website.

Microsoft has notified some employees about the reductions, the source said. However, in some geographies, the company plans to notify employees that their jobs are under consideration, the source added.

Since taking over as chief executive in 2014, Satya Nadella has sharpened the company's focus on its cloud computing unit to counter a prolonged slowdown in the PC market.