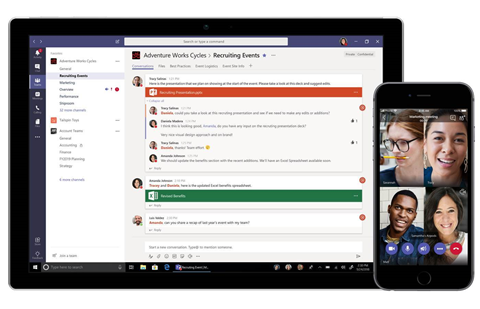 Microsoft will start hosting Teams data for new Australian customers onshore starting this week in an effort to help customers comply with their data residency obligations.

The software giant said that data from conversations and chat will be stored in Microsoft's two Azure data centres in New South Wales and Victoria. This includes other media shared through Teams, SharePoint Online site content and files uploaded to OneDrive for Business.

The new data residency option was made available this Monday for customers who had never previously logged into Teams.

Existing Teams customers will not automatically have their data migrated to local regions though. Microsoft plans to offer a migration tool to existing customers sometime next year, who can then plug into the Move program in Office 365 to migrate their data to Australia. Until then, their Teams data will continue to be stored in Microsoft's APAC locations in Singapore and Hong Kong.

Microsoft debuted Teams in March 2017 as part of Office 365 as competitor to collaboration tools from Slack, Atlassian and Facebook. The platform provides access and integrations with online versions of Microsoft's most popular productivity appliactions like Word, Excel, PowerPoint and OneNote, along with third-party integrations with Adobe, Evernote, Trello and more.

While Teams was previously only available as part of an Office 365 subscription, Microsoft stepped up its fight against its collaboration competitors by announcing a free version of Teams to non-Office 365 customers.