Microsoft to invest US$1.7bln in India 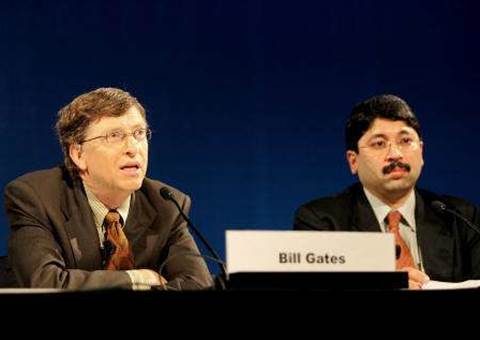 NEW DELHI (Reuters) - Microsoft Corp. plans to invest US$1.7 billion in India over four years to deepen its presence in the fast-growing software powerhouse, chairman Bill Gates said on Wednesday.

The country's US$17-billion export-oriented software services industry, expected to grow by nearly a third in the year to March 2006, has been a magnet for multinationals lured by wages in India that are often a fifth of Western counterparts.

About half of Microsoft's investment will be spent on beefing up its existing research and development centre, its global software delivery unit and expanding to 33 cities with 700 retail outlets.

"We have about 4000 people (in India); we would be growing that by 3000 over the next several years," Gates told reporters at a news conference.

"The human resources here are really fantastic. Our employment growth here would be far more rapid than in the US."

Microsoft, the world's largest software maker, joins a host of companies drawn to India, where economic growth is expected to top 7 percent this fiscal year.

Chip maker Intel said on Monday it would pour US$1.1 billion into its Indian operations in the medium term, including setting up a venture fund to take stakes in start-ups.

In October, communications equipment maker Cisco Systems said it planned to invest US$1.1 billion over the next three years and triple its staff numbers in India.

US bank J.P. Morgan Chase & Co said this week it hoped to hire 4500 graduates in India over the next two years.

Microsoft outsources much of its software development work to Indian firms such as Infosys Technologies and Wipro.

Gates said Microsoft would seek to sell more to India's small and medium-sized companies, which employ 40 million people, or 12 percent of the working population, but have very little in terms of IT infrastructure.

Gates, on a four-day trip to India in his fourth visit to the country, also said Microsoft would focus on research aimed at spreading low-cost computing in India, where high entry-level costs limit the usage of computers.

"The government and all the companies have a role to play — making sure that there is hyper-competition for laying fibre in all villages."

To increase sales, it has launched software in local Indian languages to ride a software boom in the world's second-most-populous country. The company plans to bring out software in more Indian languages since only 5 percent of the billion-plus population understands and writes English.

It also has a differential pricing strategy for India, where piracy levels are among the highest in Asia.

Gates did not comment directly when asked what Microsoft planned to do in South Korea, where it lost an antitrust case and was ordered to separate its instant messaging service from its Windows software and allow rival products on its system.

"I do think customers should wish that the kind of competition that exists in the software industry is in every part of the economy," he said.