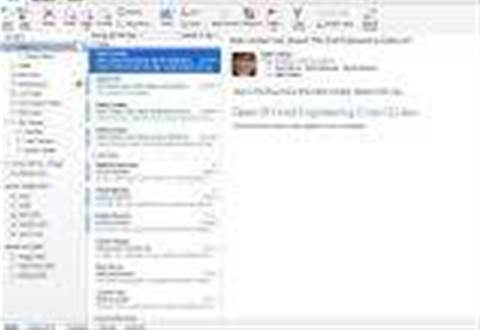 The update to Outlook brings a refreshed look and a series of new features, however it is only available to subscribers to Office 365, and not those who have previously bought a standalone Office 2011 suite.

Microsoft says the updated Outlook "delivers improved performance and reliability and a fresh look and feel that is unmistakably Microsoft Office," and there's no doubt that - visually - it's much closer to Outlook 2013 on PC than it was before. Indeed, as ZDNet's Ed Bott notes, the two versions of Outlook now both have similar version numbers, suggesting Microsoft is synchronising the development of the two suites for the first time.

Traditionally, Office for Mac updates have arrived after the PC software, but Microsoft says it will now deliver a new version for Mac users next year, which marries with the timeline for a PC release.

"Continuing our commitment to our valued Mac customers, we are pleased to disclose the roadmap for the next version of Office for Mac — including Word for Mac, Excel for Mac, PowerPoint for Mac and OneNote for Mac," reads a post on the Office blog.

In the meantime, the company has added some new features to Outlook for Mac. Microsoft says performance has been improved thanks to a "new threading model and database improvements", and that the software now supports Office 365 push email for "real-time email delivery". Microsoft also claims that it will take less time to sync email with Exchange Web Services the first time Outlook is run.

The update is available now to either commerical or consumer Office 365 subscribers.