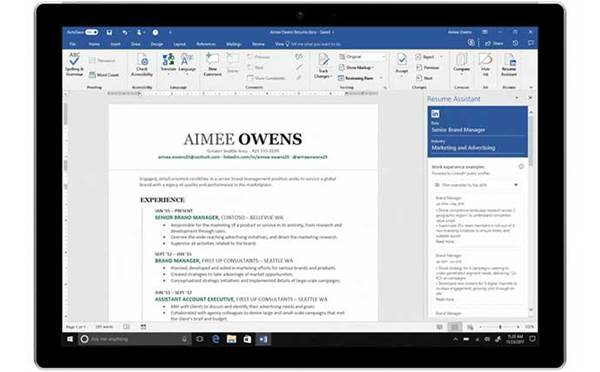 Microsoft has unveiled a new feature for Word it said would help Office 365 users produce better resumes by implementing insights and data via LinkedIn integration.

The new feature, Resume Assistant, seeks to help resume writers develop better CVs by highlighting relevant examples from experienced professionals in the user's desired field or industry, finding the most prominent skills related to the job being sought, tailoring the resume to a particular job advertisement and connecting to LinkedIn's community help service ProFinder.

In a Microsoft blog post, the company said more than 80 percent of resumes were updated using Word and almost 70 percent of job seekers had difficulty portraying their work experience effectively, with another 50 percent struggling to tailor their job application to a particular job opportunity.

Having been a prominent feature in Microsoft Office from versions 97 to 2003, Clippy was disabled by default in Office XP, before being removed altogether in Office 2007.

Resume Assistant in Microsoft word is set to roll out this week to Office 365 subscribers enrolled in the Office Insiders program on Windows Desktop.

It will be available first in a range of countries including Australia, China, Japan, Singapore, New Zealand, United, Kingdom, and the US before rolling out in general availability over the coming months.