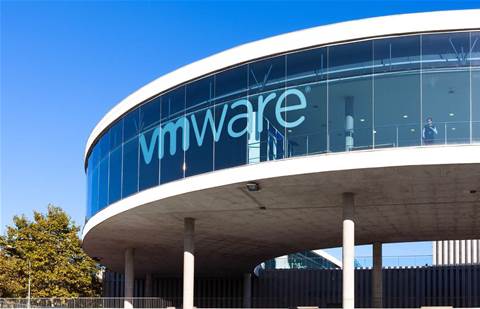 Microsoft on Monday unveiled a forthcoming update to the Azure VMware Solution, which aims to make it easier and cheaper to migrate on-prem VMware applications to Microsoft's Azure cloud platform.

The next-gen Azure VMware Solution is now in preview in the US East and West Europe Azure regions, and general availability is targeted for the second half of 2020.

The new version of the solution enables extension or complete migration of on-prem VMware apps to Azure without the need to re-architect the applications, saving cost, effort and risk, said Takeshi Numoto, Microsoft's commercial chief marketing officer, in a blog post.

In the post, Jason Zander, executive vice president for Azure, called the forthcoming release an "amazing milestone for Microsoft and VMware" that will serve to "meet our customers where they are today on their cloud journey."

"The new Azure VMware Solution gives customers the ability to use the same VMware foundation in Azure as they use in their private data centers," Sanjay Poonen, VMware's chief operating officer, added in the post.

Some customers--those that have on-prem Windows Server and SQL Server licenses--can also cut back further on costs by receiving Azure Hybrid Benefit pricing in connection with the Azure VMware Solution, Microsoft said.

The fact that the solution is native VMware means that customers and partners already using VMware "don't have to learn anything, and can put it in Azure, and can get the hybrid use benefit option," said Ric Opal, principal and national GTM and strategic partnerships leader at BDO Digital.

Thus customers and partners can say, "not only did I get us to the cloud, but I may have just saved significant money," Opal said. "I think that that is a big deal."

The Azure VMware Solution--which was initially announced in April 2019 and competes with solutions including VMware Cloud on AWS--is built on VMware Cloud Foundation and allows VMware workloads to run natively on Azure.

The solution enables partners and customers to use existing skills and tools in VMware while also getting the benefits of moving to the cloud, Microsoft said. "Customers can maintain operational consistency as they accelerate a move to the cloud with the use of familiar VMware technology including VMWare vSphere, HCX, NSX-T, and vSAN," Numoto wrote in the blog.

The forthcoming version of the Azure VMware Solution will also offer the ability to add VMware HCX Enterprise, "which will enable customers to further simplify their migration efforts to Azure including support for bulk live migrations," Numoto wrote.

With the new version of the Azure VMware Solution, "there's going to be a large group of what I would consider to be laggards, that didn't move to the cloud and that were sitting on VMware, where this announcement will unquestionably be a catalyst to get them to go," Opal said.

Additionally, Microsoft emphasized in its announcement that the Azure VMware Solution is a first-party service that is "directly owned, operated, and supported by Microsoft."

That's "huge," Opal said, because it shows Microsoft is taking full responsibility for the solution performing up to expectations.

"Microsoft isn't saying, 'For this problem call me, for that problem call them.' Microsoft is saying, 'I own it,'" Opal said. "On the partner side, it's easier for the partner. It's super easy for people who have premier contracts. It's one phone call."

Telecommunications Services
By Kyle Alspach
May 5 2020
11:44AM