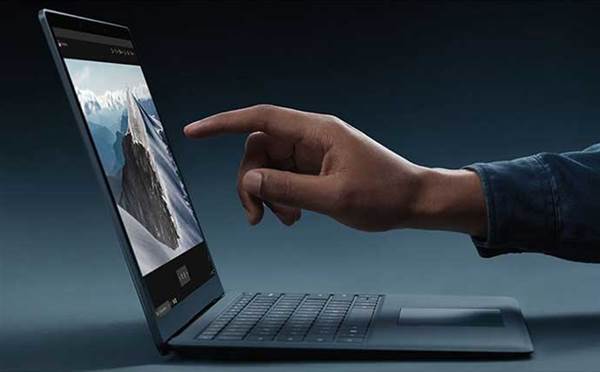 Microsoft has unveiled the latest product in its Surface line, the Surface Laptop, running Windows 10 S, a streamlined version of its popular operating system, as it tries to take share from Google's Chrome OS-run computers.

The company said the Core i5 version of the Surface Laptop was priced from US$999 while the i7 model starts at US$1599. The device is available for preorder.

Microsoft is touting the Surface Laptop as a device without many trade-offs around specs. The 13.5-inch laptop features seventh-gen Intel processors, Core i5 or i7, and promises up to 14.5 hours of battery life. It weighs 1.25kg and measures 14mm thick.

The display uses PixelSense technology and is a touch screen, which Microsoft says is the thinnest LCD touch module on a laptop to date.

The Surface Laptop also comes with up to 1TB of PCIe storage and features Alcantara fabric around its keyboard, which has backlit keys with 1.5mm travel.

The new version of Windows comes after Microsoft reported lower-than-expected third-quarter revenue, with Surface sales down in the face of competition.

Windows 10 S, compatible on mobiles and desktops, has a simple login app that allows schools to create logs on any devices in a few moments, Microsoft said at an education conference in New York.

Microsoft said it has also tied up with companies such as Acer, Asus, Dell, Futijsu, Toshiba, HP, and Samsung to offer a range of Windows 10 computers for students priced from $189.

The company also introduced a new code-builder addition to its Minecraft education edition to help students learn coding skills through the popular game.

This article originally appeared at crn.com with additional reporting by Reuters.

Copyright © 2018 The Channel Company, LLC. All rights reserved.
Tags:
finance hardware microsoft
By a Staff Writer
May 3 2017
7:01AM