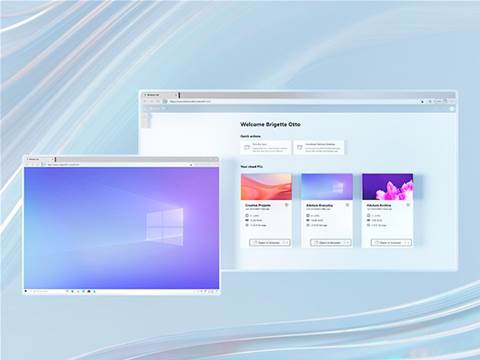 Windows 365 is a “cloud PC” solution because the virtualized operating system and apps can be streamed in any web browser, and will be available on any PC or mobile device, Microsoft said.

The offering is not meant to replace Microsoft’s Azure Virtual Desktop, but should make desktop virtualization an option for a far greater number of businesses, due to its simpler IT deployment and management capabilities, the company said.

In particular, the solution should be ideal for small and medium-sized businesses as well as for larger businesses that have a shortage of virtual desktop infrastructure (VDI) expertise, Microsoft said.

“We wanted to make sure that we were creating something simple enough for an endpoint manager to be able to use — so you don’t have to have that Azure expertise or that VDI experience in order to be able to use Windows 365,” said Melissa Grant, director of product marketing for Microsoft 365, in an interview with CRN.

Windows 365 will be generally available on August 2 and will be offered as a monthly subscription, including through Cloud Solution Provider partners. To underscore the partner opportunity with Windows 365, Microsoft is announcing the solution at the company’s virtual Inspire 2021 partner conference this week.

"Windows 365 is intended to represent a major expansion of the options for personal computing in the workplace," Grant said.

The ability to access a virtualized Windows desktop through a web browser is new with Windows 365, she noted. So is the ability to run a virtualized version of Windows on any PC or mobile device—including Apple’s Mac, iPad and iPhone devices, as well as on Android and Linux devices. (Along with HTML browsers, Windows 365 can also be accessed through the Microsoft Remote Desktop app.)

“We see [customers] using more devices for more scenarios — and wanting to have an ability to have globally distributed workforces, recruit people from all around the world and help them to do work securely and collaborate securely,” Grant said. “So we really think there’s an opportunity to bring a Windows experience to all of those people on the device of their choice.”

Azure Virtual Desktop is expected to continue to be a good fit for certain organisations – especially those that have virtualization expertise on staff and have specific customization needs, Grant said.

Windows 365, however, is aimed at the “approximate 80 percent of the marketplace that lacks the need for full customization or the resources for dedicated IT,” Microsoft said in a blog post.

IT professionals can deploy and manage Windows 365 with Microsoft Endpoint Manager, the same tool that’s used for managing physical PCs. From an IT perspective, Windows 365 should appeal to businesses of many sizes because endpoint management specialists are far more common than virtualization specialists, Grant said.

In terms of security, Windows 365 works with Microsoft’s Azure Active Directory identity authentication service, multi-factor authentication (MFA) and the Microsoft Defender for Endpoint security solution, Microsoft said. And through using Endpoint Manager, MFA can be paired with conditional access policies that are specific to Windows 365, while encryption is used “across the board” with the service, the company said.

From a security standpoint, Windows 365 is an ideal solution at a time of increased interest around doing work on personal devices, Grant said.

“There has been huge demand [from businesses] to give people this level of access when they’re not on their corporately owned machines,” she said.

Other key capabilities of Windows 365 include “instant-on” booting and the ability to keep the same state of a cloud desktop even after switching between devices – meaning that users can pick up where they’ve left off on their other device, the company said.

Microsoft pointed to numerous opportunities for solution provider partners with Windows 365, including resale and services.

Windows 365 will offer different options in terms of compute power and storage capacity, Grant said. There will be a range of SKU offerings, from lightweight app use up to high-scale computing that requires large amounts of CPU, she said.

Eliminating departmental friction within MSPs
By Kyle Alspach
Jul 15 2021
6:51AM