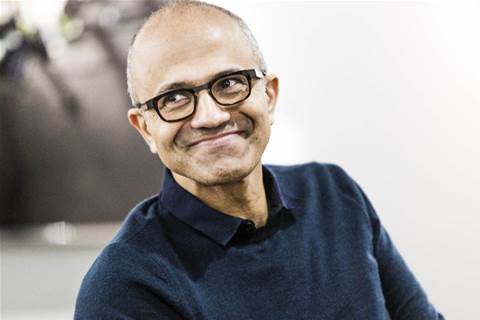 The enhancements, now in public preview, are arriving amid explosive growth for the Azure-based virtual desktop solution, in connection with the COVID-19 pandemic and the widespread shift to remote work. The move to work-from-home led usage of Windows Virtual Desktop (WVD) to triple during the first three months of the year, CEO Satya Nadella during Microsoft’s earnings call Wednesday.

WVD aims to simplify the deployment of virtual desktops while providing a less expensive licensing model usage. Company executives and solution providers have touted Windows Virtual Desktop as a massive opportunity for the channel since its debut last fall.

However, “we were just at the beginning stages" of rolling out WVD to customers before the COVID-19 crisis began, Microsoft Channel Chief Gavriella Schuster said in a recent interview with CRN.

On Thursday, Microsoft said that new capabilities coming to the platform should make WVD deployments even speedier. A new "administration experience" for WVD that's built into the Azure Portal is now in public preview, Microsoft executives said in a blog post.

"You can use this graphical interface to perform key tasks faster and more efficiently, like deploying and managing virtual desktops and apps, assigning users, and carrying out integrated monitoring and diagnostics," the company said in the post.

Opal said the new WVD administration capabilities are an important addition for solution providers. With the update, WVD administration "is cared for in a much easier way, and they've connected a lot of the dots that were disconnected," he said.

A number of new security features for WVD are now in public preview as well. Those include the ability to add users by group to WVD via Azure Active Directory; support for policies around static or dynamic conditional access; support for making multifactor authentication mandatory; and integration between WVD and Azure role-based access control and analytics for "greater administrative control over user permissions," Microsoft said.

In addition, Microsoft said that "in the next month," improvements are coming to the use of the Teams collaboration app from within a WVD deployment. The addition of audio/video redirection "will significantly reduce latency in data-heavy Microsoft Teams conversations running on a VM," the company said.