Microsoft will bring AR and VR in next Windows 10 update 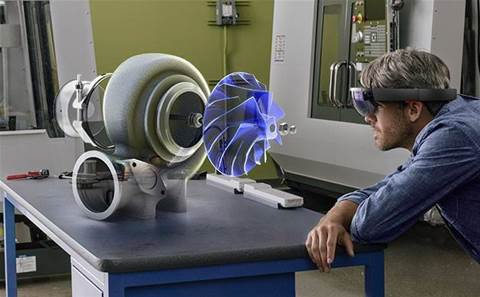 Microsoft will update its flagship operating system next month so that the latest generation of Windows 10 hardware devices and software can tap into augmented and virtual reality technologies, executives said on Friday.

The fourth update to Windows 10 will be offered from 17 October to existing customers – currently running on more than 500 million devices, the company said.

"We're enabling you to immerse yourself in a new reality – mixed reality," Terry Myerson, Microsoft's executive vice president in charge of Windows, said in a speech at the IFA consumer electronics fair in Berlin.

Mixed reality is the term Microsoft uses to describe software that covers both augmented and virtual reality.

The multimedia content can be viewed on computers, TV displays, smartphones, tablets or, in the case of virtual reality, on dedicated goggles. Microsoft plans to target these features first at advanced video game players using VR headsets, with business applications to follow, officials said.

Microsoft's push comes as the US tech giants – Microsoft, Google, Amazon, Apple and Facebook, along with China's Baidu – increasingly battle to make augmented reality, together with artificial intelligence and cloud-based services, into the next computer platform.

Macquarie analyst Ben Schachter said in a research note last week that, unlike virtual reality which requires special goggles to view, augmented reality works on smartphones and other existing devices, making it vastly more accessible. He predicted far-reaching impacts in gaming and entertainment, as well as communications, manufacturing, fitness, health and retail.

Microsoft, which has largely remade itself into a supplier of cloud services delivered via the internet, has moved to a roughly six-month release cycle for feature updates of Windows from its three-year release cycle for disk-based versions of its operating system software.

The company also announced a range of devices from key hardware partners ready to take advantage of mixed reality features in the Windows 10 update available in mid-October from vendors including Lenovo, HP Inc, Dell, Acer, Asus and Fujitsu.

Microsoft's new software release shrinks the laborious set-up of VR headsets for users to around 10 minutes, down from two to three hours now and helps cut the costs of headsets, in a step towards making such technology more mainstream, they said.

Other new Windows 10 features include a refreshed Photos app and the capacity to save files up to the cloud using Microsoft's OneDrive service, without consuming local storage space.

Win10 will also offer "Game Mode", which allows video gamers to devote the full processing power of their computers to what they are playing, as if it was an Xbox game console, the company said.