Microsoft will build up to 100 new data centres each year 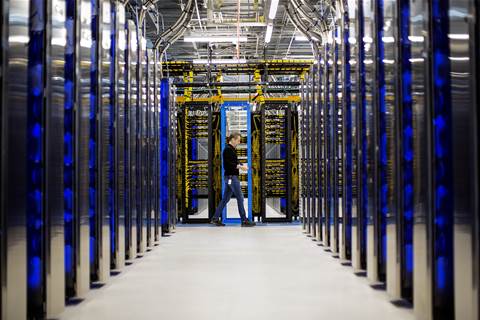 Microsoft plans to spend billions building 50 to 100 new data centres annually with expectations to expand its Microsoft Azure data centre presence into 10 new countries by the end of this year.

The public cloud and software giant unveiled its aggressive data centre built-out plan during the launch of Microsoft’s new immersive data centre virtual tour experience, which provides a free online tour of a simulated Microsoft data centre that details the company’s investments in security, sustainability, reliability and innovation such as its successful undersea data centre experiment.

Although the Redmond, Wash.-based company didn’t unveil the locations of all its new planned data centres, Microsoft recently announced plans to spend US$1 billion over the next five years in Malaysia to build several data centre regions. Microsoft is also building new data centres everywhere from Fulton County, Georgia, and San Antonio, Texas, to Israel as it continues to expand its Microsoft Azure cloud offerings across the globe.

Microsoft operates a total of more than 200 data centres across 34 counties.

Microsoft is one the largest spenders in the data centre market today alongside the likes of Amazon Web Services (AWS) and Google. The global COVID-19 pandemic spurred a record-breaking third quarter 2020 as data centre spending reached US$37 billion. AWS, Microsoft and Google collectively now account for more than 50 percent of the world’s largest data centres across the globe, according to data from market research firm Synergy Research Group.

Microsoft corporate vice president, Noelle Walsh, who leads the team that builds and operates the company’s cloud infrastructure, said the company is on pace to build between 50 and 100 new data centres each year for the foreseeable future. Walsh did not specify if the new data centre goal included consolidations, renovations to older facilities or partnerships with other companies.

Microsoft led the U.S, in 2020 in leasing more data centre capacity than any other company in the country. The tech giant leased 178 megawatts of capacity in the state of Virginia alone in various data centres, as well as leasing in other large U.S. markets including the San Francisco Bay Area and Phoenix.

Microsoft is currently preparing to begin the massive US$10 billion Department of Defense’s Joint Enterprise Defense Infrastructure (JEDI) cloud contract it has been awarded on two occasions, while it also was recently awarded a US$21.9 billion contract from the U.S. Army to produce headsets based on its HoloLens 2 mixed reality device.