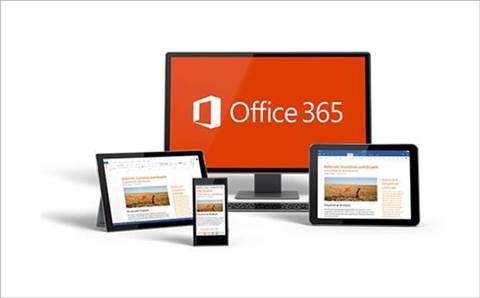 Microsoft Australia is set to raise the price of its Office 365 Home and Personal subscriptions from mid next month.

The vendor’s Australian Office business group director Ian Heard - who has responsibility for Office 365 go-to-market - said in an email to customers that the rise was the first since it launched the product back in 2013.

A Microsoft Australia spokesperson confirmed the price rises to iTnews, but said they would affect only the “for home” variants of Office 365, not business subscriptions.

The new prices comes into effect on October 12.

"To continue to deliver the best suite of tools for working, learning and creating, we’re increasing the subscription price for Office 365," Heard said.

"This is the first time since we launched in 2013 that we’ve adjusted the price."

For Office 365 Personal edition users, the subscription price will climb from its current $89 a year to $99 a year.

It is unknown what the Home edition - currently $119 a year - will sell for under the new model.

Heard justified the price rise, arguing that Microsoft was “constantly adding new features to make Office 365 more powerful, helping you to achieve more at work, at home and on the go, on all of your digital devices.”

A Microsoft Australia spokesperson added that the company "periodically assesses its pricing to ensure reasonable alignment with the needs of customers, partners, and the marketplace".

"This price change is in response to that assessment and feedback," the spokesperson told iTnews.

The vendor is in the process of trying to encourage users of its standalone Office product to move across to the Office 365 subscription service.

From 2020, the standalone Office product will have hooks into Office 365, which could further act as a transition point from 'box' style product to software-as-a-service.

The company is continuing to make a standalone version of Office with a one-off fee for the time being, catering to customers uncomfortable with the switch to a subscription service.