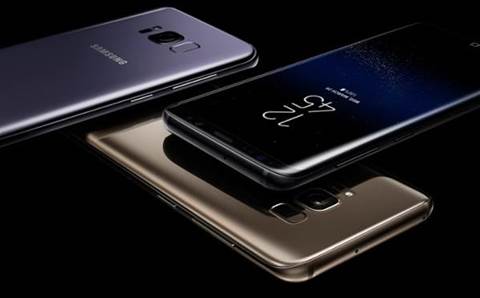 Microsoft will sell customised versions of Samsung's new Galaxy S8 and S8+ smartphones from its stores in the US.

When the devices are unboxed and connected to wi-fi within the Microsoft Store, the customised app suite will begin downloading.

A Microsoft spokesperson told Engadget that the Microsoft Edition smartphones weren't just pre-loaded with applications, but they would also have additional accessibility for Microsoft-owned applications such as LinkedIn.

A Microsoft spokesperson told CRN the Microsoft Edition would only be available in US stores.

Samsung unveiled the smartphone earlier this week. The device will be available in Australia on 28 April.

Although Microsoft competes with Samsung with its own Windows smartphones, the two vendors have buddied up in the past when it comes to Microsoft software on Samsung devices. Some of Microsoft's most popular apps are already bundled into Samsung phones, such as Skype and OneDrive.

The Galaxy S8 and S8+ will also see the debut of Samsung's mobile personal assistant Bixby, which competes with Microsoft's artificial intelligence application Cortana, as well as Apple's Siri.

Microsoft hasn't released one of its own smartphones in more than a year, with the Lumia 650 coming out in February 2016. HP has since taken up the mantle of Windows phones, releasing the Windows 10-driven HP Elite x3 in October 2016.