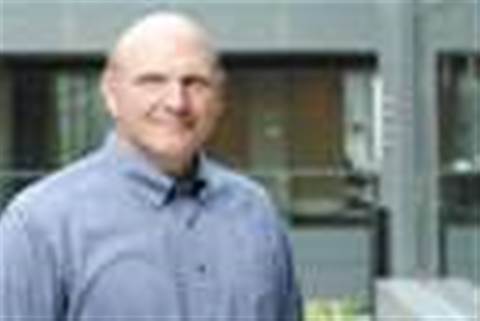 During a lecture at the London School of Economics and Political Science, Ballmer talked about Microsoft’s need to cover a wide range of devices, including the tablet.

“We as a company will need to cover all form factors and certainly we have done work around the tablet as a productivity device and a consumption device,” Ballmer said.

“You’ll see slates with Windows on them this Christmas, you’ll see them continue to change and evolve.”

No precise launch dates were given, however.

The CEO showcased a number of tablet-style devices running the Windows 7 operating system at a conference in July.

At that event, Ballmer said a number of manufacturers, including Acer, Dell, Samsung and Sony, were working on Windows-powered tablets.

Smart devices for a smarter cloud

The CEO’s wider lecture was based around cloud computing, where he stressed both businesses and consumers need smarter devices to take full advantage of the cloud.

In the incipient stages of cloud’s life as a defined concept, developers believed enhanced intelligence in cloud-based applications was more important, Ballmer said.

Now, however, it has dawned on Microsoft and others that devices need to be given equal attention so the cloud can be fully exploited, he said.

Smarter devices will help users “participate in the new kind of application that people want,” while software itself needs to be created which “understands and brings knowledge,” according to Ballmer.

“We can make the cloud a smarter place,” he added.

“The kinds of application we can write … will be really amazing.”

Cloud application revenue made easy
By Tom Brewster
Oct 6 2010
8:10AM