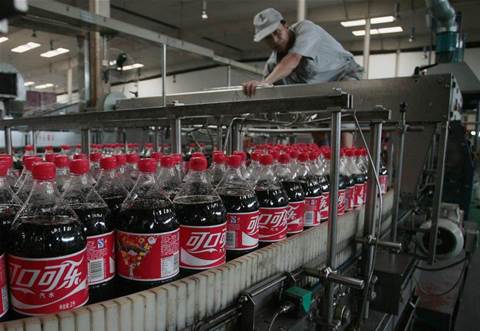 Microsoft Corp on Monday said it had won a five-year deal with Coca-Cola Co to supply business software, including its Teams chat app and tools for customer service agents.

The companies did not disclose the size of the deal but said it will include Dynamics 365, a suite of Microsoft tools that competes directly with Salesforce.com Inc.

Microsoft has a stronghold in general-purpose business software such as email and word processing apps but has been working to win more customers for its specialized software such as apps used by customer service and sales employees.

James Phillips, the corporate vice president for Microsoft's business applications group, told Reuters in an interview that Coca-Cola will use Microsoft technology to pull together information several internal systems, using artificial intelligence to fetch data from them and answer questions.

In the first phase, Phillips said, Coke will offer the system internally to employees "rather than making the employee understand that you need to go over here to request vacation time, over there to look at your last payroll slip, or to some other system to understand what educational courses may be available."

Barry Simpson, senior vice president and chief information and integrated services officer of Coca-Cola, said in a statement that Microsoft's software would help the company by "replacing previously disparate and fragmented systems."