Microsoft working on its own smartwatch 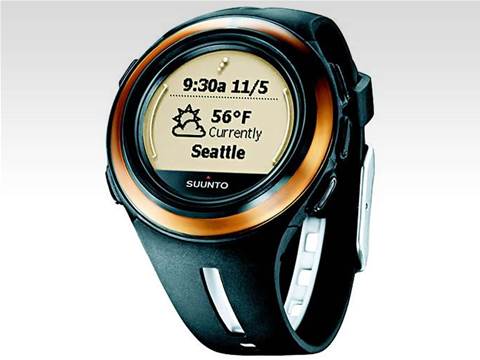 Never let it be said Microsoft doesn’t try. Bill Gates was pushing a tablet vision for years before the iPad came along and demonstrated just how it should be done.

Now, with all the interest around smartwatches and other personal tech devices, it should come as no surprise that Microsoft has been here before – and, according to reports, wants to make sure if the sector takes off, it has an offering to match Apple, Pebble and others.

But first, some background. In 2004 Microsoft developed SPOT – or Smart Personal Object Technology. Using the FM radio band, Microsoft delivered data to watches made by Suunto, Fossil and others. Back then, the service cost around $US60 per year. Oddly, the technology also appeared in coffee makers, and there was talk of adding it to navigation systems.

In essence, however, it was a case of being too early with a product that didn’t offer the convenience and rich application layer users demanded. Microsoft discontinued SPOT watches in 2008, but the service soldiered on until the beginning of 2012, when it was shut down altogether.

Now it appears Microsoft is back in the game. The Pebble smartwatch, which raised $US10 million on Kickstarter, is able to connect to smartphones from Apple and those using Android via Bluetooth. An API has just been released, and application developers are expected to take to the platform – unless someone else does it better.

And that’s where Apple comes in. The company has long been rumoured to be interested in the smartwatch space, and holds patents for smartwatch implementations, as well as the curved glass cases, and touch technology such a device would need.

Reports say Microsoft wants in on the smart watch space, possibly as an accompaniment to its Surface tablets and touch enabled Windows 8 platform, both viewed by the company as critical to its ambitions of successfully extending the Windows ecosystem beyond desktops and laptops.

It’s not clear whether Microsoft is developing a new OS for its rumoured watch – but what is clear is that personal technology is going to be very, very hot very soon.

Would you wear a Microsoft watch? Or some other personal technology such as Google Glass? Tell us in the comments.