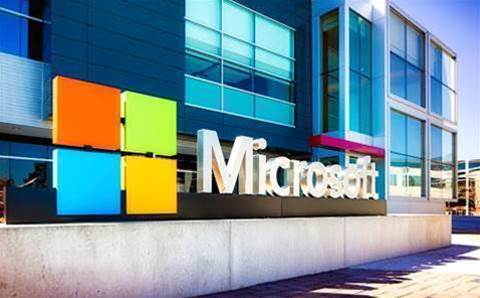 Microsoft may have plans to break new ground with its Surface lineup as soon as this year.

A forthcoming Surface-branded device could come in a new form factor -- a "pocketable" device with two displays that are foldable, according to a report Friday in The Verge citing an internal Microsoft document.

The device is described as similar to the size of a smartphone when it's closed, with the ability to open up into two displays. The dual screens can be used to create a single continuous display, and the device may work with a stylus, according to the report. A Microsoft spokesperson said the company is not commenting at this time.

Existing devices on the market with this concept include the ZTE Axon M, which folds open to reveal dual 5.2-inch displays.

Previous references to a Microsoft device of this sort, with the codename of Andromeda, have appeared in reports and patent filings in recent years, according to The Verge.

The new Surface device could reportedly launch in 2018 and be followed by other dual-screen devices by manufacturers including Intel, Lenovo and Asus.

The report doesn't specify if the Surface device will be targeted as a smartphone or just as a new tablet form factor. Either way, it's possible that the device will feature cellular connectivity, as some recent Surface devices have come in LTE-ready versions.

Microsoft has been steadily expanding its Surface lineup in the past few years beyond its pioneering Surface Pro 2-in-1 tablet. The lineup now also includes two generations of the detachable Surface Book notebook, the student-focused Surface Laptop and the Surface Studio, an all-in-one touchscreen PC aimed at creative professionals. Microsoft is also redesigning its Surface Hub collaboration display for a launch of a second-generation model in 2019.

Grabbing the hybrid cloud opportunity with Lenovo and Azure Services
By Kyle Alspach
Jul 2 2018
6:50AM