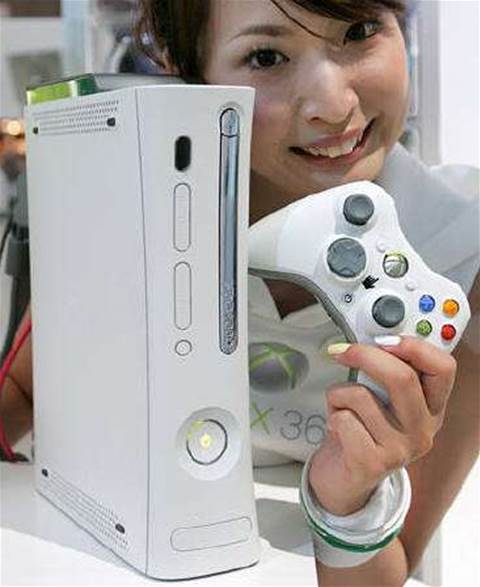 TOKYO (Reuters) - Microsoft Corp. sold less than half of the estimated 159,000 Xbox 360 consoles that were available in stores in Japan in its first weekend of sales, a survey showed on Tuesday.

Only about 62,000 units were purchased on December 10 and 11, according to an independent study by Enterbrain, which publishes leading Japanese game magazine "Famitsu".

That was also less than half the 123,000 units Microsoft sold of its previous generation Xbox in the first three days of sales in February 2002.

"There is just one reason for the slow sales — the postponement of the launch of the 'Dead or Alive 4' game," Munetatsu Matsui, editor-in-chief of "Famitsu Xbox 360", said in a news release, adding that about 61.5 percent of his readers had planned to buy the highly anticipated game.

Microsoft originally planned to release the 3-D fighting game at the same time as the Japan launch, but has now postponed it until 29 December.

Enterbrain reported that some stores had customers who cancelled pre-reserved Xbox 360s, while others asked to reserve a console for purchase when "Dead or Alive 4" comes out.

"Microsoft had to start out strong and it failed to do that," said Deutsche Securities analyst Takashi Oya, who also attributed the slow sales to the delay in the release of "Dead or Alive 4".

"I feel sorry for them since they had put a lot of effort into promoting Xbox 360 in Japan."

Microsoft has been struggling to gain ground in Japan against local rivals Nintendo Co Ltd and Sony Corp, whose PlayStation 2 console is the global best seller.

The world's biggest software maker sold fewer than 500,000 of its original Xbox consoles in Japan, where Sony is estimated to have an 80 percent market share.

But Xbox 360 still has the advantage of being the only next-generation console available for the next few months while Sony and Nintendo prepare to launch their PlayStation 3 and Revolution consoles next year.

Of the games that were released at launch, "Ridge Racer 6" by Namco Ltd was the most popular, followed by Microsoft's own "Perfect Dark Zero", according to Enterbrain.

"Xbox may have started out slowly but sales will likely gain momentum in January when new titles like 'Perfect Dark Zero' come out," said Matsui. "There is still plenty of opportunity for Xbox 360 to increase market share in Japan."