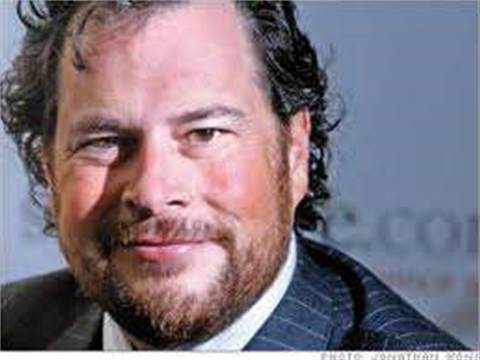 Microsoft offered US$55 billion to acquire Salesforce earlier this year, but that wasn't enough to get Salesforce Founder and CEO Marc Benioff to agree to a deal, CNBC reported Friday USA time.

CNBC, citing anonymous sources familiar with the talks, reported that Benioff wanted US$70 billion for Salesforce, which currently has a market capitalisation just above US$49 billion.

According to CNBC, Microsoft's bid would have allowed Benioff to convert his 5.7 percent stake in Salesforce into Microsoft stock, and Benioff would have assumed a management role at Microsoft. Others shareholders would have gotten cash for their Salesforce stock.

Bloomberg reported 29 April that an unnamed company had approached Salesforce about an acquisition, and Salesforce had hired financial advisers to either fight them off or facilitate a deal. The report set off a wave of speculation about the identity of the secret suitor.

SAP, Microsoft, Oracle, and IBM were the primary suspects, though they all in the following weeks distanced themselves from acquisition rumours. SAP CEO Bill McDermott did it most bluntly, telling an audience the German software maker had no interest in Salesforce's "commodity" products.

But it seems that representatives of Benioff and Microsoft CEO Satya Nadella — two passionate cloud advocates recently seen buddying around at Microsoft's Build and Ignite conferences — discussed hooking up for what would have been the largest acquisition in the history of the software industry.

Telecommunications Services
By Joseph Tsidulko
May 24 2015
9:48AM