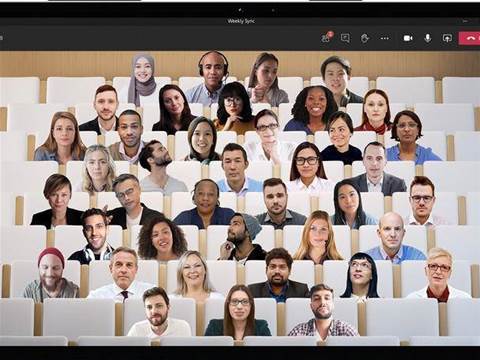 Jeff Teper, corporate vice president of Microsoft 365 collaboration, doesn’t believe there’s a product in tech that offers as many partner opportunities as Microsoft will create with its Teams collaboration app in the next five years.

Teams, which launched in 2017, is growing faster than just about any other product that Microsoft has created, and the company continues to innovate very quickly for both end users and developers, according to Teper.

That equates to a lot more opportunities for partners, he said.

“There’s no better way for partners to make money right now than to help organizations retool their real estate, their employees and their applications for the hybrid workplace,” Teper told CRN. “If I was talking to the CEO of any one of our partners, I would say, ‘Ride the wave and respond to the need of the hybrid workplace.’ And it’s going to touch facilities, apps and employees.”

Microsoft’s approach to Teams is to bring together all the communication and collaboration tools that people need to get work done inside and outside their organization in one place, including calls, meetings, chat, document collaboration and project management.

“I think the reason it’s resonated is because it’s not just a point solution,” Teper said. “We can bring together these different collaboration tools in a single place, so you can work with anybody, anytime, anywhere, with access to all your applications.”

Teper took over Teams last February, the month before the adoption of Teams started to explode as the world transitioned to remote work and learning to cope with the coronavirus outbreak. Microsoft now has more than 115 million daily active Teams users, up from 32 million on March 12, 2020, the day after the World Health Organization officially declared a global pandemic.

“This is obviously not something we were excited to have played out the way it played out,” Teper said of Teams’ growth during the last year. “We did think that this was inevitably going to happen -- this distributed work with a communications platform like Teams -- it just happened in a matter of months as opposed to a matter of years. But it’s been an exciting 12 months and unprecedented growth.”

The opportunities for partners start with deploying Teams as organizations prepare their post-pandemic workspaces and look to tune their networks, distribute devices to employees and retool their real estate for hybrid work.

“It won’t be the same,” Teper said. “Conference rooms and shared workspaces were already in a state of transformation, but they’re going to be evolved for hybrid work. Employees may not go to the office all the time, but they’ll collaborate in touchdown spaces. Conference rooms will not just be the place where one or two people call in remotely, but you’ll have large-screen videos of people and tracking of status on Teams meeting room devices that will make those meetings more inclusive for remote participants, as opposed to the remote participants feeling second-class.”

Partners will continue to see work in transforming existing siloed, line-of-business applications and making them more collaborative for integration into Teams.

Independent software vendors have created more than 800 Teams apps. Systems integrators and other Microsoft partners have contributed tens of thousands more -- if not hundreds of thousands -- building and integrating them via Power Apps, SharePoint or Visual Studio, Teper said.

The vast majority of business applications integrated into Teams are custom-built, however, and often by partners using Microsoft’s low-code Power Apps development suite. Some Microsoft customers already have more than 100 Power Apps built into Teams.

“You can think of each one of those as a partner opportunity to help them transform,” Teper said. “Power Apps has really dramatically simplified the work required for that. You can easily build forms and views, and there’s workflows with Power Automate and chat bots with Power Apps’ Virtual Agents. What Power Apps has done is give our partners a way to build these tailored business solutions much more quickly than ever before and obviously increase the return on investment for their staff. The more projects they can do with the people they’ve got, the more they can grow their business. And so you’ll see a lot more from us in Power Apps and Teams integration.”

“It’s top of mind for every CEO about how to transform, evolve their workplace, their skill set,” Teper said.

Microsoft Viva, a new employee experience platform unveiled in February, presents a “huge set of partner opportunities, thinking through what content and training and applications should be targeted to what employees,” he said.

Teper doesn’t fear Teams usage will decline when people start going back to work and school in person, since the app supports all mode of collaboration, from working on files to chats and online meetings. And Microsoft is making Teams a “shell” for applications, he said.

“We think people will be communicating in Teams,” he said. “Maybe they won‘t be in meetings all day long, but I think we’re seeing most companies saying they’re going to let a set of their employees work remotely forever. Then there’s a set of employees that’ll work remotely part time.”

But one customer base for which Microsoft might seem some change is K-12 education, when children return to classrooms full time.

“Even then, we see teachers saying, ‘Wow, the digital transformation in our school has been really helpful. We’re now able to access applications and chat with parents and so forth -- which we should have done years ago -- through Teams,’” Teper said.

A lot of what Teams customers have been asking for is the latest training or guidance, because the product has evolved so much in the last year, according to Teper.

“Customers are saying, ‘Hey, just tell me what I’ve got, because so much has come out,’” Teper said. “A lot of the things people asked us for a year ago -- like more people on the screen or different security options -- we’ve delivered those. We’ve addressed most of the major ones in the last six to 12 months.”

Teper said the biggest game-changer for Teams came last July, when Microsoft announced Together mode to answer customers’ calls to have more people appear on a video screen at one time.

“We did three-by-three, then seven-by-seven, so you can get 49 people on the screen at once,” he said. “But we didn’t just want to do a ‘me too’ feature. What we did was use some (artificial intelligence) technology to take the video streams and superimpose everybody’s video in a common scene, because we saw two things. One is that, even though we were in video, we were in our own little boxes with our own backgrounds. We weren’t really together, and so we didn’t feel quite as emotionally connected. The second is we have a human factors engineering group that measured people’s brainwaves. And it turns out, by looking at each of all these boxes, the brain does extra work to separate the person’s face from the background to recognize them.”

Together mode puts people in a scene –- in an amphitheater or spaceship or even under the sea.

“That both signals to the participants in the meeting that, hey, they’re a team, they’re in one place, they’re together virtually,” Teper said. “But also, the brain does way less work processing and separating the faces from the backgrounds, and so it’s also more relaxing to be in this mode all day long.”

In November, Microsoft announced the availability of Teams applications for meetings, giving users the ability to customize their meeting experiences with third-party apps.

“So instead of fumbling around in your email -- where‘s your browser favorites, where’s the link to the status tracking application -- it’s right there within the Teams meeting,” Teper said.

And in December, Microsoft launched breakout rooms for Teams in general availability. The feature allows meeting organizers to divide meetings into sub-groups for discussions and brainstorming sessions.

“Those would be three big ones: Together mode, which was a bit of a leapfrog, breakout rooms and the ability to have Teams meetings apps,” Teper said. “We‘re innovating both for end users and for developers in Teams very fast.”