Microsoft's new chief partner officer and other channel leader changes: what you need to know 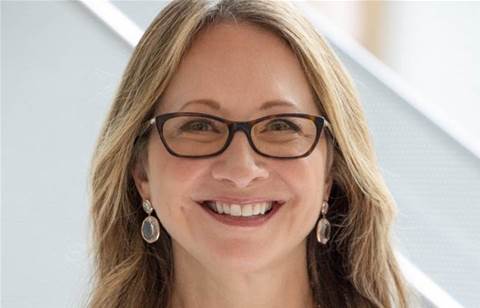 Microsoft has made changes to its channel leadership, giving longtime employee Nicole Dezen the title of chief partner officer and corporate vice president of the Global Partner Solutions organisation.

This title was formerly held by Nick Parker, who has been promoted to president of the Industry & Partner Sales (IPS) organisation, according to Microsoft. Dezen will report to Parker.

The news comes ahead of Microsoft Inspire, which will be held online Tuesday and Wednesday. Unlike other tech conferences, which have returned in person or done a mix of live and online events, Microsoft held Inspire entirely online as the world continues to grapple with COVID-19. Dezen and Parker are set to speak during Inspire.

In a post on her LinkedIn account, Dezen said, “I am both humbled and thrilled to take on the new designation of Chief Partner Officer for Microsoft. This is a new title, and one that speaks to the enormous opportunity we believe we can unlock in concert with partners around the world.”

“As a long-time Microsoft employee and someone who has deep ties in our sales and partner organizations, I have always been motivated by the opportunities for growth and innovation that our partner ecosystem presents,” she continued. “The companies that comprise this ecosystem – device partners, GSIs, ISVs, services partners and others around the world – are enabling digital transformation for customers every day in ways that were unimaginable even a few years ago. It would not be a stretch to say I am passionate about helping these organizations harness the power of the Microsoft Cloud through services like Azure, Microsoft 365, Microsoft Mesh and others.”

Under the description of her new title on her LinkedIn, Dezen said she leads “the commercial partner business and a global team responsible for building and selling Microsoft Cloud applications, services and devices with partners.”

Dezen has more than 25 years of tech sales experience, including 15 at Microsoft. Dezen joined Microsoft in 2007, according to the tech giant. Past titles include general manager for consumer device sales in the United Kingdom and Ireland.

LinkedIn is owned by Microsoft. Before Microsoft, Dezen worked in the telecommunications industry, according to the tech giant.

In a blog post announcing Dezen’s new role, Nick Parker said that her new designation as chief partner officer “demonstrates our continued investment in our partner strategy and commitment to the importance of the entire partner ecosystem to Microsoft.”

“As Chief Partner Officer, Nicole will have singular accountability for the commercial partner business,” according to the post. “She will have a tremendous opportunity to lead, innovate and grow our mutual business with partners. I couldn’t be more excited for Nicole as she takes on this new leadership role for our phenomenal partner ecosystem.”

Parker has worked at Microsoft for more than 20 years, according to his LinkedIn. He held the title of corporate vice president of Global Partner Solutions starting in August 2020.

During the unveiling event of the partner capability score (PCS), Parker said that Microsoft has seen $28 billion in annual contracted partner co-sell value since the 2018 fiscal year, with 37 percent co-sell revenue growth.

Other title changes to accompany Dezen’s include David Smith becoming vice president of channel sales and Julie Sanford serving as vice president of partner go-to-market (GTM), programs and experiences. Both will report to Dezen.

Smith “will focus on sales and business growth with our channel partners,” according to the post. Sanford “will be accountable for partner programs and GTM engines.”

“These new roles and the increased investments we continue to make in our partner business demonstrate the importance of our ecosystem, the needs of our partners and the opportunity we have to serve customers together,” according to the Microsoft post.

The post continued: “Our mission in the Global Partner Solutions organization is to build and sell Microsoft Cloud applications, and services and devices with partners, empowering people and organizations to achieve more. We will deliver on this with partners across our solution areas and industries, to create new customer value, and you’ll hear much more about this at Microsoft Inspire next week.”

Smith previously held the title of vice president of U.S. partners, according to his LinkedIn. He has worked at Microsoft for more than 23 years.

Sanford has worked at Microsoft for more than 15 years, according to her LinkedIn. She has held the role of vice president of the GTM Strategy and Programs team within the Global Partner Solutions organization since May 2021.

Partners alleged that the premium pushed customers to annual commitments – which lock customers in with their current managed service providers and lock MSPs in with their distributors. Annual commitments also prevent customers from changing their number of Microsoft licenses if they lay off employees or go out of business, potentially leaving partners on the hook to pay out the rest of the contract.

The other major change – set to take effect in October – is the introduction of partner capability scores to determine which Microsoft partners classify as “solutions partners” and receive “specializations,” replacing the old gold and silver system and giving partners more incentives and training from Microsoft.

Microsoft’s channel leadership changes come ahead of Microsoft Inspire, which will be held online Tuesday and Wednesday. Unlike other tech conferences, which have returned in person or done a mix of live and online events, Microsoft held Inspire entirely online as the world continues to grapple with COVID-19.

Dezen, Parker and Sanford are set to speak during Inspire – not to mention Microsoft CEO Satya Nadella – according to the event’s website.

Parker and Dezen will participate in a discussion on “partner opportunity” during the event, according to the website.

Dezen will participate in a separate discussion on “how partnering to build solutions across the Microsoft Cloud better positions you to address customers’ business imperatives,” according to the event website.

Parker will participate in separate discussions on “how to put Microsoft industry clouds and opportunity into perspective” and “Microsoft’s approach to selling and the critical role partners play in bringing solutions to market.”

Sanford will participate in a discussion on the solutions partner designation, specializations and “coming investments related to the Microsoft clouds for industry,” according to the website.

Nadella’s keynote will focus on “how Microsoft is creating new opportunity for our partners as we help every organization use digital technology to differentiate, build resilience, and do more with less,” according to the website.

Nadella and VMware CEO Raghu Raghuram will “discuss industry trends and how they impact cloud adoption, our shared opportunity to help customers thrive with Microsoft and VMware Cloud offerings like Azure VMware Solution (AVS), and how leaders are navigating these shifts amidst continued uncertainty,” according to the website.