Microsoft's Surface Hub 2: What you need to know 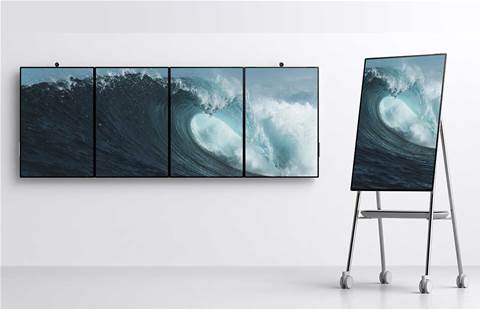 Microsoft announced this week its plans to roll out the second-generation Surface Hub collaboration display in two phases.

The Surface Hub is an interactive conferencing and white-boarding display, originally launched in 2016. For the Surface Hub 2, Microsoft this week said two iterations are on the way.

The first, the Surface Hub 2S, will offer new hardware but feature the same software as the original Surface Hub. That model will launch in the second quarter of 2019, Microsoft said.

Then in 2020, Microsoft is planning to launch what it's calling the Surface Hub 2X. The 2X will use the same display hardware as the 2S but come with an updated processor and new software.

The new software will enable features such as multi-user login and the ability to rotate the Surface Hub 2 both horizontally and vertically.

Additionally, customers who buy the Surface Hub 2S will be able to remove the processor cartridge to upgrade to the new processor and software in 2020, turning their 2S model into a Surface Hub 2X, Microsoft said.

"The cartridge is what will enable customers to make the switch to the Microsoft 365 powered Surface Hub 2X in 2020," Microsoft said in a blog post.

While the original Surface Hub came in 55-inch and 84-inch sizes, the Surface Hub 2 will only be available in one size, 50.5 inches.

However, the 3:2 aspect ratio of the Surface Hub 2 means that the usable screen space will be akin to that of the original 55-inch Surface Hub, according to Microsoft. The original model had a 16:9 aspect ratio, which led to lost screen real estate as a result of human ergonomics, Microsoft has said.

The Surface Hub 2 can be wall mounted or used on a rolling cart, and will include 4K cameras along with far-field microphone arrays, Microsoft has said.

The amount of partner involvement with the Surface Hub 2 is expected to increase from the original version, which had a specialized partner base due to its requirements, such as the need for reinforced walls to install the 84-inch version, Microsoft said previously.

Key features for the Surface Hub 2X will include "dynamic collaboration," where two users can be logged into their accounts at the same time on the same device using its fingerprint reader. That enables use cases such as pulling in content from one user's cloud to add to another user's document, Robin Seiler, general manager of hardware engineering at Microsoft, told CRN previously.

For the 2X, other updates will include the ability to move applications across multiple display units that are tiled on a wall.

For video calls between Surface Hub 2 devices, users will be able to essentially stand in life-size in front of each other – "as if they are in the same room," Seiler said – when the device is oriented vertically. "That changes the collaboration experience," she said previously.