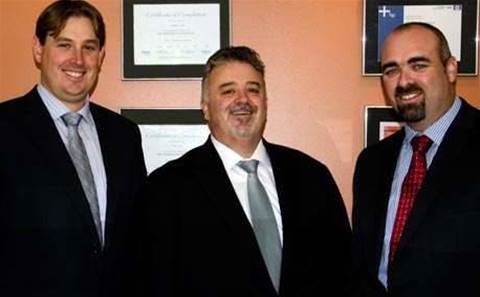 Sydney-based VTS IT has merged with regional Queensland provider Downs MicroSystems as part of a strategy to take VTS's noteworthy managed services model to a broader audience.

The deal started life as an acquisition – notably since the buyer, VTS, has just half the staff of its Queensland partner.

Glenn Kennedy, chief executive of VTS IT, told CRN that his company had been mulling the acquisition strategy for some time.

"It is technically VTS purchasing Downs, but we are calling it a merger because Downs is bigger than us."

He also pointed to Downs MicroSystems' strong brand position in its local market; Downs was named Toowoomba's 2012 Business of the Year.

[LinkedIn: What are the secrets of a successful acquisitions?]

Those are not the only reasons the combination is more of a merger than a straight buyout: two of Down MicroSystems' key employees have bought into the merged entity: business development manager Ian Hurley and solutions architect John Henderson, son of founder Trevor.

Kennedy said: "In the throes of doing the takeover, Ian and John showed a lot of interest in what we do. I knew their capabilities so I made an offer for them to buy into the group, which they did."

According to Kennedy, the relatively low headcount at VTS IT is a feature of its particular model for managed services – a model that has a 92 percent win rate with prospects, he claimed.

"We walk into a company and say we can run this whole operation for you for at a fixed cost for three, four, even five years and it will be this fixed cost. There will be no other charges. If you have any other problems, we pay the bill. There are no caveats to that," he said.

Negotiations start with a free audit of a prospective customer, after which VTS IT quotes a fixed monthly fee.

"The quicker we solve the problem, the better it is for us. We won’t do a bodgy job. We start at a high cost up front and move to a lower cost for the life of the contract."

The merger gives VTS IT a regional footprint in South-East Queensland as well as, importantly, access to Downs MicroSystems' customer base, said Kennedy.

"We have a 92 percent success rate of winning an account, but we only have a 50 percent rate of getting in front of the customer. Downs has 400 customers with good relationships. They can walk straight in and present this at the owner level."

Kennedy revealed that even before the merger completed, Ian Hurley had sold five contracts based of the VTS model.

Hurley told CRN: "VTS is a mature managed services company offering a unique solution to customers that we feel is the best on the market.

"I have not seen anyone else out there deliver what these guys can and it was exciting for me think we could add their skills and offerings to our portfolio to take to market."

Grabbing the hybrid cloud opportunity with Lenovo and Azure Services
By Steven Kiernan
Oct 4 2013
8:29AM