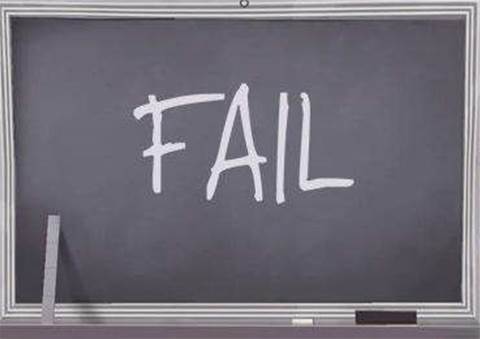 Multiple zero-day security vulnerabilities have been found in the world’s most popular educational software - holes that allow students to change grades and download unpublished exams, whilst allowing criminals to steal personal information.

Vulnerabilities in the Blackboard Learn platform have the potential to affect millions of school and university students and thousands of institutions around the world.

The platform is used by the United States military to train soliders.

After several weeks of investigation by university IT managers, security professionals and SC Magazine, Blackboard Learn has acknowledged it is sending a security advisory to customers to address the issue.

Sources within Australia's university sector, talking to SC Magazine on condition of anonymity, believe they may have been first to discover the security holes.

The security company told SC Magazine that its policy was to not disclose any information about clients.

But sources told SC Magazine that during tests of the Blackboard software, security professionals had gained administrative access to databases in which student exams, assignments and grades were stored. Personal information stored on students was also accessible.

The problems relate to default configuration and web application vulnerabilities present in all versions of the Blackboard Learn system. The latest version of the platform was thought to make exploitation slightly more difficult, but did not rectify the problems.

University IT managers said they believed most schools and universities using Blackboard would operate the outdated and more vulnerable systems.

“We are not aware of any institution’s academic or student data having been compromised in any way by these issues,” Tan said.

“Many of these issues are common issues associated with any type of web application or software, and all of the issues will be addressed through existing patches and planned releases.”

But she confirmed the vulnerabilities would remain unpatched until the first service pack update is delivered “prior to the end of the year”, Tan said.

University IT managers told SC they would not be able to wait. They became concerned that they would be forced to shut down the systems, disrupting distance and online courses, should the holes be exploited.

Several advised Blackboard Learn of the holes and sought  further information on the vulnerabilities.

They claim their requests fell on deaf ears for more than a month.

“They didn’t want to know about it, which quite frankly, I couldn’t believe,” one IT manager of a major university said. “I was stunned.”

Blackboard did not respond when asked to explain why the company ignored customer requests for information.

After weeks of failed attempts to gain information from Blackboard, the problem was escalated to AusCERT, a non-profit security organisation funded by Queensland University.

The industry heavyweight warned Blackboard it would publish an advisory to the Australian security industry and its global network of Computer Emergency Response Teams.

A security advisor at Blackboard, believed to be a different employee than the case handler in the initial round of communication with customers, quickly responded and promised the holes would be addressed.

AusCERT declined to comment for this story, but confirmed it had an advisory ready to be issued.

Blackboard Learn said it would issue an advisory today to universities in response.

“We issued a support bulletin to Blackboard Learn clients today after completing our review of the issues. The bulletin includes information about how the issues are being addressed through existing patches and planned releases, as well as recommendations for general security management and best practices,” the company said in a statement.

“The majority of the issues were known issues responsibly reported by other institutions and security researchers, and for which Blackboard has commenced remediation for release to the larger client base as part of our standard operating procedure.”

Blackboard said it strove “to be vigilant at building security into its products and providing prompt and carefully tested product updates”.

“When Blackboard learns of any potential vulnerability, we investigate the issue and establish a resolution plan as part of our standard procedure.”

The company said one vulnerability remained to be investigated.

“We are completing our investigation on one remaining issue in collaboration with the institutions who reported it.”