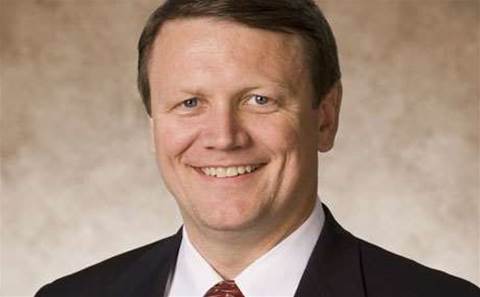 Unified communication companies Mitel and Aastra have agreed to merge in a deal said to make them a $1 billion global UC giant with more than 60 million customers.

Terms of the deal involve Mitel acquiring all outstanding Aastra shares for US$6.52 (A$6.99) in cash plus 3.6 Mitel shares for each Aastra share, according to the companies. This amounts to Mitel paying $31.96 Canadian dollars, or roughly $30.50, per Aastra common share, or about US$374 million total.

The deal is slatted to close on 14 January 2014, pending an Aastra and Mitel shareholder vote.

The combined companies will be valued at $1.1 billion, the companies said Monday, and will have a global customer base of more 60 million users. According to Mitel CEO Richard McBee, the deal will also allow Mitel to significantly expand its global footprint, given the strength of Aastra's brand in Latin America, Asia and especially Europe.

"The deal is all about creating scale," McBee told CRN US. "It truly makes us a global player. We are very strong in North America, number three in the market, and we [are] number one in the U.K., but the reality is that after that it dropped off pretty quick."

McBee said the combined company, which will operate under the Mitel brand, will also have a cloud business valued at roughly $100 million.

"The combined cloud business is kind of an eye opener," McBee said. "[Aastra] has been doing really well, in terms of [cloud] seat counts and acquisitions and customer wins, ... and you didn't hear much about them, candidly. But you will."

McBee said Mitel and Aastra combined will have roughly 2,500 channel partners worldwide, and that there is minimal channel overlap between the two organisations. He noted that partners will benefit from an expanded product portfolio, spanning the low-end SMB space to the large enterprise, along with increased marketing funds, as a result of the deal.

"There will be more marketing dollars to be spent," McBee said.

McBee is serving as CEO of the combined organisation, while Aastra's co-CEOs Francis Shen and Tony Shen will assume the positions of chief strategy office and chief operating officer, respectively. Mitel is also increasing the number of seats on its board of directors from eight to nine, and said two existing members will step down. Aastra will then appoint three new board members to those seats.

Aastra shareholders will own approximately 43 percent of the company.

This article originally appeared on CRN.com