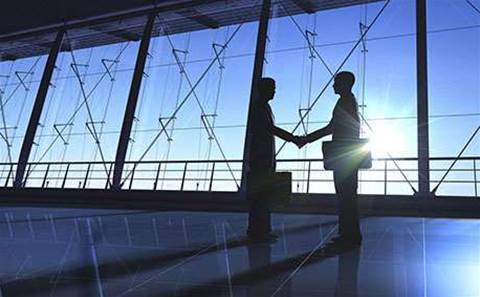 Longtime unified communications specialist Mitel is at an inflection point as market consolidation sweeps across the IT landscape.

Elliot Management, which owns a 6.3 percent stake in Mitel, is recommending a merger between the Canadian-based vendor and videoconferencing expert Polycom - of which Elliot owns a 6.6 stake. In a letter to Polycom's board of directors, Elliott said it could help finance an acquisition, in which Polycom could pay between US$1 billion and US$1.2 billion for Mitel.

Mitel chief executive Richard McBee spoke to CRN USA about the possibility of merging with Polycom and his view on market consolidation. He also discussed Mitel's M&A strategy going forward and entering the enterprise mobility space.

What did you and Elliott Management sit down and talk about?

We met with Elliott Management to review our strategy. They said they liked our strategy - that consolidation is a solid strategy for this market space and our management team has demonstrated the ability to consolidate companies to maximise shareholder value.

They've also said, "Look, the market itself is ripe for consolidation. Look at these three players: There's Mitel sitting out there. You got Polycom sitting out there with a set of assets and they haven’t had that good of performance, they've been very flat. You have ShoreTel, who has average to good performance, but they're a very small regional player. Although they try to get outside the US, they just can't do it in a meaningful way. Just looking at these guys - there's significant value to be created here, like with a ShoreTel and Mitel combination - instantaneously ShoreTel's products would have access to the world."

What's your thoughts on Elliott Management's recommendation that you merge with Polycom?

On the fundamentals of a deal, [Elliott] said, "Hey, it looks good. You guys should at least be talking to each other and seeing if there's any opportunity that you guys could create more shareholder value." And that's what an activist does.

How do you feel about Elliott's suggestions?

Most people get really nervous when an activist comes to town - I don't. Because an activist is after shareholder value. As a CEO of a company, it's your job to create shareholder value. So if an activist wants to sit down and review your strategy, I think it's a good thing. And he may have some suggestions or be able to provide a new idea I haven't thought of. In this case, he hadn't. But if another activist came and said look, "Let's sit down and talk with you and your management team," I would welcome that opportunity.

At this point, Elliot Management has said, "Look, the market is consolidating. Here's some opportunity that the market can consolidate. You guys go out to see if it makes sense. If it doesn't make sense, you shouldn't do it, but you should look."

With all the market consolidation today, what's Mitel's M&A strategy?

M&A is absolutely going to happen. It's a pillar part of our strategy. Mitel is a consolidator. For the last several years, we've bought one big company and we've doubled the size of our company in the past 24 months. In between, we consolidated three small guys.

So that's kind of the trajectory we're on and we don't see that stopping.

When we bought Aastra, both of us were midrange players in Europe. When you put the companies together, we became No. 1. You can take a bunch of people in a very tight market - maybe several companies owning 12 percent to 13 percent market share - and instantaneous break away from the pack to be a big leader.

Do you think consolidation will slow down?

In the mature markets, you're going to see a lot of consolidation. We've been in a recession… It's bounced around, but [not] really had a good pickup. What you'll see going forward in the next three years is a lot of consolidation that will happen in the market. It's good for the revenue synergy perspective. It's tough on some infrastructure, but the reality is, it's a world where you can quickly expand your company's footprint.

What about the Dell-EMC acquisition?

Consolidation like what EMC and Dell are doing, they're ensuring the revenue stream of their products by having a large services organisation that can install the products and solutions that they also manufacture. So it's almost like vertical integration.

You're pushing into the mobile enterprise space. Are you seeing wins in that space?

We just won a lot of footprints.

On one side, we're a massive leader with everyone attacking us. On this mobility side now, it's really fun because we're the small guy attacking the big guys and we're really winning a lot of footprints that are starting to go to deployments. I'm pushing the bar, there's no question about it.

Looking ahead, what is your vision and where do you hope to drive the most growth?

Our vision for the company is making communications and collaboration seamless. It may seem like we have a lot of pieces, but we have a common vision between those pieces to make those seamless. We need to make unified communications work.

We have all the pieces and now we're really tying them together.

How are you making Mitel more seamless?

What we've done is we've taken the best and brightest engineers and product line marketing guys from each one of those divisions, and we literally locked them in a room and said, "I want you to come back with five breakthrough ideas for new products and solutions." They came back with five ideas. I said, "I am going to fund three of these… You have to have a commercial product in less than a year."

When will these solution be available to the general public?

We'll start seeing the first of those new services based on two or more of the intersections - cloud, enterprise, mobile - that will come out in the first part of the year.