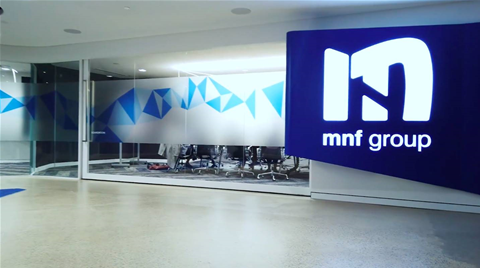 MNF Group has posted impressive profit growth for H1 FY21 despite no significant increase in revenue, showing a 10 percent increase in gross margin to nearly $50 million.

In the company’s latest ASX release, MNF reported an EBITDA of $19.6 million, a 16 percent year-on-year increase, with an after-tax net profit of $8.4 million, a 30 percent increase.

As part of a strategic review of its direct business, MNF divested itself of Pennytel, selling the subsidiary to one of its domestic wholesale customers, Macarthur Telecom.

"The agreement enables MNF to continue to realise benefits of the Pennytel business through an ongoing agreement with Macarthur Telecom to continue to grow the customer base on MNF's wholesale enablement service," according to MNF Group.

The results announcement comes off the back of MNF subsidiary Symbio deciding to migrate its existing and future supply arrangement onto Superloop’s wholesale aggregation services in a $25 million agreement.

The rise in profit margin for the company is due in large part to the considerable increase in recurring revenue MNF has seen, which is represented in its record 1 million new phone numbers over the previous year, bringing its total to over 5 million.

"Underpinning our growth strategy is a laser focus on growing recurring revenue. We were particularly pleased with the performance of our global wholesale business, where recurring revenue increased 55 percent. Our top 10 clients are spending more with us as seen in our net revenue retention rate of 115 percent," MNF Group chief executive Rene Sugo said.

MNF is now putting into action its plans for global expansion beyond Australia and New Zealand, beginning with South East Asia and moving into the wider Asia Pacific market.

It has completed trials of its new Singapore network and plans to have its first customers onboarded by Q4 FY21. The report states that there six other SE Asia countries that are on the shortlist for the next stage of expansion.

The company has increased its cash flow with $22.2 million on hand and $30 million in undrawn debt which, the report states, makes it “well-positioned to support future acquisitions”.

The restrictions in place due to the pandemic not only increased demand for cloud communications services but also reduced the company’s costs for travel, marketing events and office expenses.

"While we have seen sustained positive effects on the business as a result of changing nature of communications, the significant reduction in international travel continues to impact MNF's global roaming business and domestic small business expenditure remains subdued," Sugo said.

"This offsets the strong gains in our recurring revenue and saw overall group revenue flat. Importantly, we see these as being temporary headwinds and expect revenue growth to recover as international travel resumes and there is improved confidence in the small business sector."