Mobile distributor Cellnet to be snapped up for $12 million 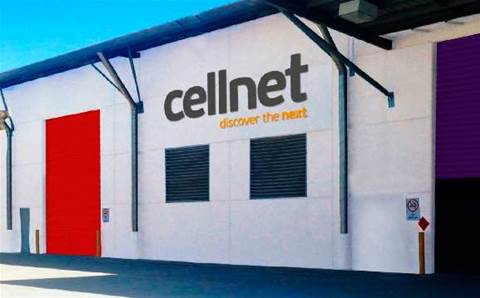 Mobile distributor Cellnet has entered into talks to be acquired by European distributor Wentronic for $12.26 million.

Under the proposed deal, Wentronic would acquire 83 percent of Cellnet's shares for 28 cents each, valuing the company at $14.6 million.

Wentronic is a German-headquartered electronics accessories distributor with 200 employees and branches in the UK, China, Hong Kong and Italy.

The deal is still subject to a number of conditions. Further details will be announced in Wentronic's bidder's statement, which will be released on 21 November. The deal closes on 21 December.

Wentronic has proposed that if the acquisition is successful, Cellnet's chairman Alexander Beard, non-executive director Elliot Kaplan and co-founder Mel Brookman would resign. The new board would be made up of Cellnet's chief executive Alan Sparks, director Michael Reddie and Wentronic's directors Michael Wendt, Brian Danos and Kevin Gilmore.

Cellnet said that if the acquisition was accepted, the company would "be able to better leverage the relationships that Wentronic has worldwide to sell its own products, including Cellnet's 3SIXT brand and penetrate new markets, as well as better servicing existing customers".

The distributor also expects to be able to increase its range and volume of products and diversify its distribution channel through Wentronic.

Cellnet paused trading on the ASX on Wednesday pending the takeover announcement. Shares were trading at 26 cents each at the time

Founded in 1992, Cellnet distributes mobile products and accessories for the likes of Plantronics, Lexar and Otterbox. Its resellers include Australia's biggest telecommunications providers Telstra, Optus and Vodafone and national retailers JB Hi-Fi and Officeworks.

Revenue in the 2016 financial year was down by $3 million to $75 million, but profit was up by six percent, growing to $1.7 million. The company lost out on significant revenue when one of its key reseller partners, Dick Smith Electronics, went under earlier this year.