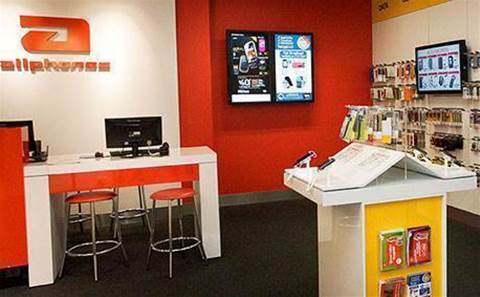 Mobile retail outlet Allphones has fallen into administration, leaving 440 jobs on the line and a network of more than 80 stores up in the air.

Allphones staff were given the news this morning, according to the ABC. PPB Advisory was voluntarily appointed as an administrator today.

Allphones operates 84 retail locations across Australia, 25 of which are company owned, seven are franchises and the rest are licensed by other parties.

As a result of the administration, 18 company-owned stores will close today and 69 staff were made redundant.

According to PPB, the company and its nine Australian entities were acquired by a Canadian shareholder last year, who attempted to turn fortunes around for the business.

"Despite financial support from the shareholder and significant efforts to deliver a successful turnaround, the shareholders are unable to continue funding the group’s losses," PPB said in a statement.

PBB partner Phil Carter said discussions were underway with parties interested in taking over the Allphones business, which would continue to run as-usual in the meantime.

“We are today undertaking an urgent review of Allphone’s business in order to stabilise the current operations and store network, and ensure that the employees impacted by the store closures today are fully supported,” said Carter.

“Our immediate priority is to work with Allphones’ staff, franchisees, licensees and other key stakeholders to allow the remaining store network to continue trading on a business as usual basis.”

Allphones was founded in South Australia in 1989 and was one of the largest independent telecommunications retailers in Australia.

The company suffered a $25 million impairment in 2014 after losing a contract to operate 45 Virgin Mobile stores. After a lengthy legal proceeding, Optus – the owner of the Virgin Mobile brand in Australia – withdrew its products from Allphones, leaving the retailer without one of its largest suppliers.

Allphones made a $20 million loss in the financial year ending 31 December 2015, according to the company's most recent financial report. This was compared to a $7 million loss the year before.