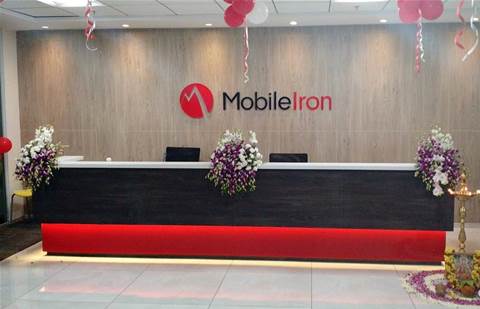 MobileIron is working with a financial adviser to explore options for the publicly traded mobile security company, including a potential sale, according to a Bloomberg report.

No final decision has been made and the vendor could opt to remain independent, people familiar with the matter told Bloomberg. MobileIron didn’t respond to a request for comment.

MobileIron’s stock was up US$0.85 (14.17 percent) to $6.85 per share in after-hours trading Thursday following publication of the Bloomberg report. That’s the highest the company’s stock has traded since 26 September, 2019. The company has a market value of US$701.3 million, according to Yahoo.

MobileIron was founded in 2007, employs 956 people, and began trading on the Nasdaq stock exchange in June 2014 following an initial public offering that raised $100 million, according to LinkedIn and Crunchbase. Simon Biddiscombe took over as MobileIron’s CEO in October 2017 following two and a half years as the company’s chief financial officer.

The company made its first acquisition in April 2020, scooping up Berlin, Germany-based Incapptic Connect to help enterprise customers accelerate their mobile application journey. The mobile app automation software technology is expected to shorten the application release process from weeks to less than a day by automating and streamlining various components, MobileIron said at the time.

MobileIron’s largest channel partner is US telco AT&T, which as a reseller accounted for 9 percent of the company’s total revenue in 2019, down from 10 percent in 2018 and 13 percent in 2017, according to a filing with the U.S. Securities and Exchange Commission. The company told that SEC that its channel ecosystem includes distributors, resellers, service providers and systems integrators.

For all of 2020, MobileIron said it expects sales of between $203 million and $210 million, well above the consensus revenue estimate of $198.8 million, according to Seeking Alpha.