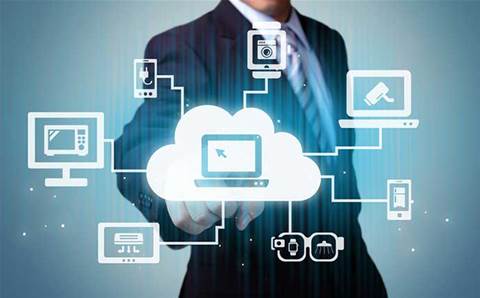 MobileIron is throwing its hat into the internet of things (IoT) ring with the announcement of a new IoT division that will focus on securing customers in the healthcare, energy, manufacturing and automotive spaces.

Vice president Santhosh Nair will lead the charge in building out the new business, which aims to create an "end-to-end chain of trust" from all components of an IoT solution, including the sensors, gateways, cloud and network.

"Our strength is endpoint security and the management layer, so we'll start with securing end point devices," Nair told CRN USA. "The strength of our relationships with existing customers and success with deploying secure mobile devices will also make us a leader for securing IoT devices."

While MobileIron is still fleshing out the logistics behind its new platform, the company is targeting to have an IoT product ready for sale later in 2017.

Nair, who previously worked at Wind River as the vice president and general manager of the IoT business unit, said the company IoT platform would be designed to deliver scalable, automated lifecycle management to mitigate against the possibility of human errors and provide continuity for systems that are too critical to fail.

The company said it also hopes to create a standards-based, open systems approach to its IoT platform for interoperability; while many other IoT systems have significant limitations because they are highly customised and inflexible, which makes them hard to configure and expensive to maintain over the system’s lifecycle.

Sean Ginevan, senior director of strategy at MobileIron, told CRN USA that the company's three-point architecture of policy engine, edge client and network gateway, is appealing to its existing customers who are looking to automate their workflow processes.

"If you look at our customer base, five years ago they turned to us to use smartphones and tablets to digitize their workflows... now those same forward-looking customers want to automate those processes they've built using MobileIron," he said.

Ginevan said customers are coming to MobileIron with security concerns as IoT gains traction. In October, the industry had its first large-scale IoT security scare after a denial of service attack was launched through Internet of Things consumer devices, including webcams, routers and video recorders, to overwhelm servers at Dynamic Network Services (Dyn) and led to the blockage of more than 1200 websites.

"The stakes of security are going up with IoT – as IoT grows, bad data becomes deadly as opposed to just dangerous," said Ginevan. "An oil rig gone wrong could cost lives. So we're focused around data security and extending what we've done in the past to IoT uses."

Nair stressed that over the coming year, his goal is to build out a channel that can help customize future IoT products and bring them to market with specific vertical customers.

"A big part of the go-to-market for MobileIron's IoT business is scaling through channel partners," he said. "If you look at our current business the channel is a big portion of how we go to market, and in the IoT sector it's important to have partners who can help you scale as part of your overall market strategy."