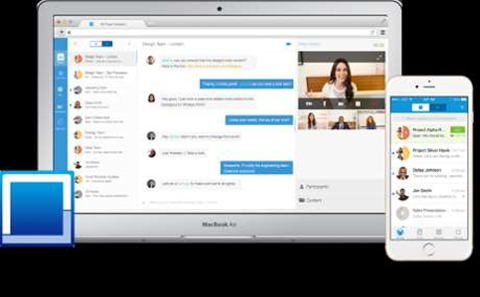 Cisco on Monday US time made the latest in what's been a series of updates to its collaboration line this year, unveiling Project Squared, a new cloud-based application designed for mobile and remote workers.

The new application, launched at the 2014 Cisco Collaboration Summit in Los Angeles, combines chat, audio, video, multiparty meeting and content-sharing capabilities into a single tool that can work across any iOS or Android mobile device - in addition to Google Chrome or Firefox Web browsers.

According to Cisco, Project Squared was built from the ground up for the mobile or remote workforce, designed to keep teams connected from anywhere in the world and from any device.

"It solves the problem of connecting the real-time with the non-real-time."

With the Project Squared app - available now for free download via the Apple App Store or Google Play - users can launch virtual meeting rooms to message, share files or launch voice or video calls with others, both inside or outside their organisations.

All documents and files shared inside Project Squared meeting rooms are delivered from the cloud, with no additional downloads required, Cisco said.

While the app is free, Cisco said both itself and its partners will be able to monetise Project Squared by offering management services and additional features on top of the SaaS offering.

Project Squared can integrate with other business and collaboration tools, such Cisco WebEx and Box, according to Cisco. It's also secure, the company said, because of the content encryption capabilities provided through the Cisco Collaboration Cloud. IT teams also can require employees to use their single sign-on credentials to access the app for additional security measures.

Project Squared is one of several additions Cisco has made to its collaboration lineup this year, as the networking giant looks to reinvent itself in the collaboration and unified communications arenas.

Cisco's collaboration business declined 10 percent year over year in its first fiscal quarter, and 4 percent the quarter before that.

According to Trollope, his mission is to deliver enterprise-grade collaboration technology to organisations of all sizes, shattering the myth that Cisco collaboration is only for the C-Suite. To do this, he said, Cisco's collaboration offerings must be easier to use, more affordable and available on a broader range of devices.

"By making [collaboration] simple, we can make it pervasive," Trollope said.

Trollope, who joined Cisco in 2012 from Symantec, has been hailed by both partners and Cisco CEO John Chambers as the driving force behind the company's revitalised collaboration line.

Trollope and his team, it seems, have been busy. At the Cisco Live 2014 event in May, Cisco unveiled two new desktop endpoints - the DX70 and DX80 - along with a new cloud-based meeting room service called Cisco Collaboration Meeting Rooms.

In October, Cisco rolled out a new version of WebEx, touting a redesigned user interface, HD video and the ability to interoperate with a broader range of third-party conferencing systems.

In Los Angeles on Monday US time, Cisco also took the wraps off the TelePresence IX5000, a new endpoint that supports three-screen videoconferencing and requires half the bandwidth and power of its predecessors, Cisco said.