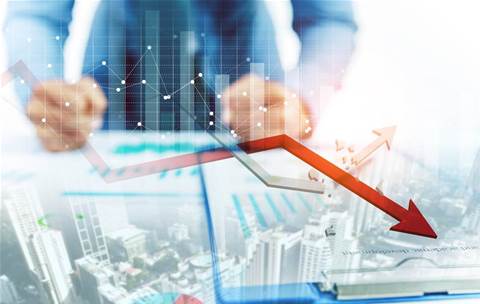 In an ASX announcement (PDF), the company attributed the loss to delays in decision making by clients “hesitant to commit to major Investments in 2019.”

“Through the whole of calendar year 2019, we have experienced deteriorated opportunity pipeline and delayed decision making for projects, where major technology spend was involved,” the company said in a statement to shareholders.

Revenue from operations was down only 6 percent, or approximately $2 million from the same period last year. However, costs associated with consolidation of Wardy IT and increased occupancy resulted in an underlying EBITDA of $1.39 million, down from $1.5 million or 37 percent.

The drop was primarily attributed to the technology business,which was partially offset by revenue from Wardy IT, which became a wholly-owned subsidiary of MOQ Digital in September 2019.

“With the addition of Wardy IT Solutions to the group, MOQ has taken another important step to boost its capability, capacity and value proposition to address this market opportunity,” MOQ Digital CEO, Joe D’Addio told investors at the company’s AGM in December 2019.

“This will contribute positively to improving our revenues and returns over the next few years.”

In the latest market update, the company said that while the professional services business had “recovered after a flat H2FY19,” this was not enough to cover losses in the technology business.

Despite the underwhelming showing, MOQ Digital was optimistic about prospects going forward and emphasised  the importance of Wardy IT’s capabilities.

“[This] has created a higher value proposition in market for our combined client base and new clients, particularly those in the Microsoft Applications and Cloud Stack.”

The company stated that the buyout also added strength to MOQ Digital’s prospects in the digital transformation services market and complimented its existing growth plans.

One of MOQ’s key software products, SkoolBag (a SaaS communications platform for the education sector), was singled out by the company as a growth area, after it increased pricing for renewals from $1 per user to $3 per user.

The company reported a 79 percent year-on-year increase in monthly recurring revenue for the product.

“With well established customer support and on-boarding processes, the team is focused on retaining and growing its client base as well as attracting key partners,” D’Addio said in December.