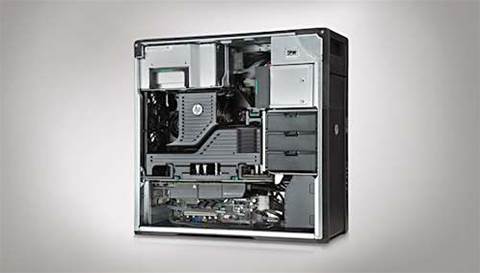 More evidence the PC isn't dead yet comes from systems builders and OEM channel partners that said desktop PC workstation sales are set for robust growth in the fourth quarter despite an overall PC sales decline.

Driven by the recent release of Intel's beefy Haswell E5-2600 v3 processor, market research firm IDC also said it expects a spike in sales in the second half of 2014, creating new opportunities especially within the OEM channel market.

Chasing after those dollars are nearly every OEM that have announced new workstations based on the new Xeon chips. Last week, Intel formally launched its latest Xeon family of server and workstation processors that boast as many as 18 cores, a 3-times performance boost and support for DDR4 memory.

"These are workhorse systems that businesses need to spend money on. There is just no skimping on performance," said Lloyd Cohen, director of worldwide market analysis for IDC. Top sectors for workstations include engineering, digital content creation, software engineering and financial services, he said.

Cohen said that OEMs are seeing robust growth thanks, in part, to Apple's sagging market share in the high end of the PC space.

"There’s in excess of one million MacPros installed worldwide," Cohen said. "MacPro users [are becoming] increasingly disappointed by system performance and Apple's upgrade path, along with lack of certification that takes it out of the running for RFB government bidding. The MacPro user base of 1.2 million is vulnerable to erosion."

Workstation market share leader Hewlett-Packard revamped its portfolio of workstations with Z840, Z640 and Z440 desktops that ship with the newest Intel Xeon processors, and a choice of high-end Nvidia or AMD professional graphics cards. Lenovo and Dell have also announced high-end workstations that start shipping in October.

For the first half of 2014, Hewlett-Packard shipped the most workstations, capturing 44.1 percent of the market, compared to Dell with 37.2 percent and Lenovo with a 12.8 percent share.

"The workstation market has benefited some from the tailwinds of people upgrading from Windows XP," said Alex Herrera, senior analyst with Jon Peddie Research. "Certainly, Intel's Haswell chips are giving a lot of companies a reason to take a look at these workstations. Couple that with a better business outlook for buyers, and we are seeing steady incremental growth in the workstation market."