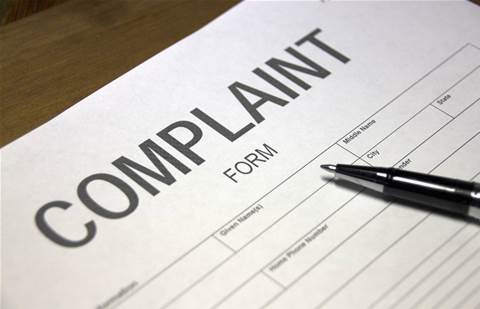 Small businesses have taken a larger share of the total volume of phone and internet complaints compared to residential customers, the Telecommunications Industry Ombudsman's (TIO's) latest data has revealed.

In its most recent Quarterly Report (pdf), the TIO reported that overall complaints continued to decline for the third quarter in a row, but small businesses have accounted for 16 percent of the complaints, the largest proportion in five quarters.

On a per-issue basis, small businesses complained about inaction or delayed action the most at 33 percent, followed by service and equipment fees at 28 percent. Some have continued to report issues on the reliability of their phone and internet services and the financial losses that come with it (11 percent).

The TIO said the results of an SMB-specific investigation into phone and internet complaints will be released in the next quarter.

When combined with residential customers total complaints about phone and internet services from October to December 2019 declined 12 percent to 28,746, down from 32,738 in the previous quarter.

On a per-service basis, mobile has overtaken internet as the most complained about service for the first time in the last five quarters. The top issue is the failure to cancel a phone or internet service, where customers continue to receive bills for a service they are no longer using.

Ombudsman Jodi Jones said in a statement that the Q2 data is showing the impact on consumers of rapid changes in technology, regulation and in providers’ systems and processes.

“Fault and connection complaints about services delivered over the National Broadband Network continue their downward trend. ‘Missed appointments’ has dropped out of the top ten issues, so consumers are telling us it’s no longer the critical issue for them. These results are a positive indicator of ongoing provider, government and regulator efforts to address the disruption of the past few years,” Jones said.

“Reporting this information in a timely manner provides a valuable tool for the phone and internet providers to address the issues we are seeing. This is creating a stronger foundation for building consumer confidence in the telecommunications industry.”