More than 1bn Android devices to ship in 2014 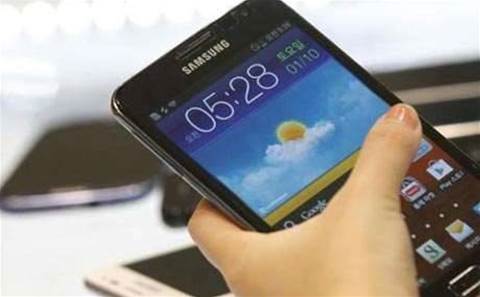 The number of smartphones and tablet computers shipped with Google's Android operating system will break the 1 billion barrier this year, research group Gartner said on Tuesday.

Android, which is installed on products made by Samsung, HTC, Sony and many other manufacturers, is forecast to reach 1.1 billion users in 2014, up 26 percent on last year, with the strongest demand in emerging markets.

Apple's iOS and Mac OS operating systems are expected to be in 344 million new iPhones, iPads and Macs this year, Gartner added, representing a 28 percent jump on the number of devices shipped in 2013.

"There is no doubt that there is a volume-versus-value equation, with Android users purchasing lower-cost devices compared to Apple users," Gartner analyst Annette Zimmerman said in a statement on Tuesday.

Microsoft's Windows operating system, which dominates the PC and notebook segments, is forecast to be in 360 million new devices, up from 328 million in 2013.

Growth in the PC and notebook segment has been hit by the popularity of tablet computers, sales of which are forecast to increase by 47 percent this year to 263 million, according to Gartner.

"Users continue to move away from the traditional PC as it becomes more of a shared-content creation tool, while the greater flexibility of tablets, hybrids and lighter notebooks address users' increasingly different usage demands," Gartner research director Ranjit Atwal said.

Sales of mobile phones are expected to continue to increase, but at a slower pace, with the focus moving away from top-end premium devices to mid-level products, he added.

Gartner said it expects combined global shipments of all devices to reach 2.48 billion units this year, up 7.6 per cent on 2013.

Grabbing the hybrid cloud opportunity with Lenovo and Azure Services
By Staff Writers
Jan 16 2014
8:47AM