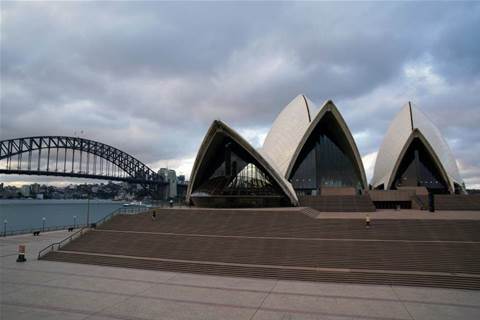 More than two million Australians have downloaded an app to trace contacts of COVID-19 patients hours after its release, the government said on Monday, as states set out plans to expand testing for the infection.

Prime minister Scott Morrison has said more testing and widespread use of the CovidSafe phone app - which has angered some privacy campaigners - are among the main conditions for easing nationwide lockdowns.

Australia has so far confirmed around 6,700 cases of the novel coronavirus and just 83 related deaths, way below figures reported in the United States and other hotspots - something the government has put down to its border closures and other measures.

Health Minister Greg Hunt said the tracing app launched late on Sunday had been downloaded by more than 2 million people - about 8 percent of the population - as of 7.p.m. (0900 GMT) on Monday.

The government has said it wants that proportion to reach 40%. "This effort will help protect ourselves, our families, our nurses and our doctors," Hunt said in an emailed statement.

The app, which is based on Singapore's TraceTogether software and uses Bluetooth signals to log when people have been close to one another, is meant to help medics trace people potentially exposed to infections.

Civil liberties groups have raised fears that apps being considered and used by a number of governments could invade privacy. But Canberra says its software does not record people's location and has safeguards built in.

Just seven new infections were reported across Australia in the last 24 hours, according to a Reuters tally of announcements from state and territory healthy departments.

The states of Queensland and Western Australia have already said they will ease some restrictions this week, as both have had new cases in the low single digits in recent days.

The most populous states of Victoria and New South Wales, which have the country's coronavirus hotspots, are maintaining strict social and business restrictions.

Morrison's handling of the pandemic has helped his popularity soar, according to a Newspoll survey conducted for The Australian newspaper that was released on Monday.

His approval rating has risen 27 points since the first week of March to 68% - the best for a leader since the end of 2008, the poll showed.

Morrison has pledged spending worth more than 10% of GDP, including a A$130 billion ($83.94 billion) subsidy to employers to keep staff they might otherwise have let go.

Still unemployment is expected to top 10%, and the head of Australia's central bank last week said the country would suffer its biggest economic contraction since the 1930s in the first half of this year due to the containment measures.

Morrison has also antagonised China, Australia's largest trading partner, with calls for an independent investigation into the global spread of coronavirus.