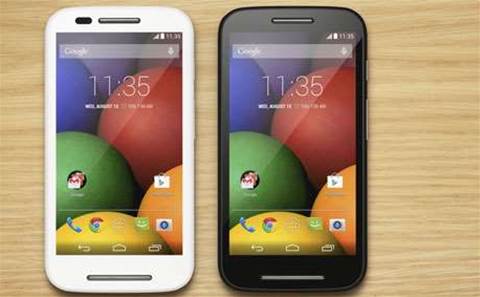 Motorola has released the Moto E and an upgraded Moto G which it hopes will convert Australian feature phone buyers into smartphone owners.

The vendor is pushing the two phones - priced at $179 and $299 respectively - by urging users to say "goodbye to the feature phone forever."

The Moto G also comes with a 1.3 megapixel front-facing camera, a camera flash, and 4G LTE support, while the Moto E lacks these features. The Moto E and G come with a guaranteed update to Android 4.4.2.

The Moto E is being sold by The Good Guys, Allphones and JB Hi-Fi, while the Moto G is available at the Good Guys.

Motorola is yet to announce which carrier will offer the phone.

Grow your software revenue by selling these 5 affordable, essential tools for the modern workplace
By Alessandro Guarrera
Jul 7 2014
3:30PM